A survey of company secretaries reveals that fewer than a third back the prospect of more powers for the UK’s audit and governance regulator. 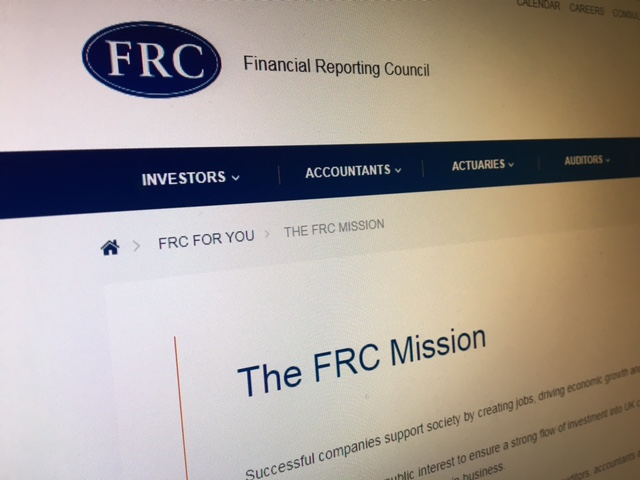 Fewer than one-third of company secretaries want the UK’s corporate governance watchdog to have more enforcement powers, a survey has found.

The poll, carried out by ICSA: The Governance Institute and recruitment specialist, The Core Partnership, found that  27% of those questioned believe a review underway by the government should give the Financial Reporting Council (FRC) more powers. Just over half, 57%, said they were opposed to more powers for the FRC, while a hefty 16% said they were “unsure”.

The review of the FRC was prompted by concerns that arose about the market for large audit during a review of events contributing to the collapse of construction giant Carillion. The FRC, also the UK’s audit regulator, has faced criticism for its work monitoring auditors and their work.

Peter Swabey, policy and research director at ICSA, said: “It is clear from the responses that there are concerns over the whole area of effectiveness of accounting and auditing, with many respondents recognising that there are potentially serious issues around the majority of large companies being audited by one of four audit firms.”

He added: “While some feel that audit firms should be limited to the number of large audits they can carry out, and that there should be more transparency about length of service in the annual report and AGM notices, others feel that the value of rotating firms is limited when there are few options in the market place that can cope with the size and geographical breadth of large and complex companies.

“Concerns were also raised that, while a risk-based approach to large audits has its benefits, this bird’s-eye-view approach can sometimes lead to less time and focus on the subsidiaries, and missed opportunities to spot lower-level systemic process issues. Allocating more time and better experienced auditors might mean that a more meaningful audit could be achieved.”