The number of share buybacks is mounting and the UK is concerned that they may happen to be boosting executive pay. Board Agenda considers the arguments for and against share buybacks. 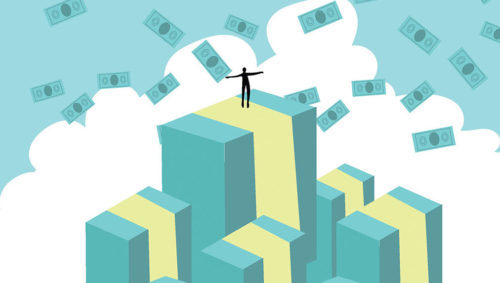 Share buybacks are under suspicion. So numerous have they become that there is disquiet among policymakers that something is not quite right.

At a time when investment levels remain low, the big capital allocation decision for many boards is to buy back their own shares rather than investing money into product or service development. And the UK government wants to know why.

In fact, what the government really wants to know is whether buybacks are taking place to boost executive pay. And if so, what can be done about it.

Frequent buybacks and significant events in corporate activity are occurring not only here in the UK but in the US too. JP Morgan estimates that US companies will buy back £579bn (€658.4bn or $796.67bn) in stock this year alone, a trend many commentators in the US say are due to buybacks helping stock markets out of the doldrums over recent years.

The sheer scale of buyback activity has raised eyebrows and more than a few questions about the motivation for returning capital to shareholders.

The sheer scale of buyback activity has raised eyebrows and more than a few questions about the motivation for returning capital to shareholders. Business secretary Greg Clark said at the time he announced the research: “The UK is rightly recognised as having a world-leading business environment and responsible business practices—a key part of our industrial strategy. But there are concerns that some companies may be trying to artificially inflate executive pay by buying back their own shares.”

It’s no surprise that government has become involved, given its corporate governance agenda. Theresa May came to office lambasting overpaid executives and citing governance as one route for helping improve social equality. The government’s theme for governance is that companies should be run for the long term. The more boards do that, the more unlikely they are to take risky short-term decisions, the kind of decisions that many believe marked the financial crisis and undermined public trust in business. Buybacks can appear decidedly short term.

Indeed, when the government published its consultation paper announcing the research, it said some views were particularly vociferous. “One respondent wanted a stipulation that, before any share buyback, boards should confirm that employees were being paid at least the living wage, that the company pension fund was adequately funded and that the resources could not be better used for investment in people or R&D.”

That buybacks are used to boost executive bonuses is just one criticism. Among others are that they undermine investment levels, and that executives—who have discretion to decide whether, and when, a buyback takes place—are poor judges of value.

In a special report, the Local Authority Pension Fund Forum (LAPFF), a representative body for 72 local authority pension funds with assets worth £200bn ($273bn and €227bn) under management, questioned whether boards “are in a position to make such an assessment accurately.”

An introduction to the report says: “We maintain that this practice can artificially inflate earnings per share (EPS), create unfair advantage for executives in respect of their remuneration target and lead to a lack of transparency on actual corporate performance.”

The paper claims that the boost to share price following a buyback makes “any meaningful financial analysis impossible”; and if a stock price fails to rise post-buyback, it does harm to long-term shareholders. “When this occurs, the shareholders end up owning a higher proportion of something worth less,” says the report.

The paper also makes the point that the transaction costs of buybacks are higher than issuing a dividend.

However, buybacks have support. Sam Dimitriu, head of research at the Adam Smith Institute, says that share buybacks are “unfairly demonised”, and regulation, or government intervention, is a “waste of time”.

In fact, Dimitriu sees buybacks as a more efficient allocation of capital. Companies that are pessimistic about their investment opportunities, and have cash in the bank, send it back to shareholders via repurchases. Shareholders can then recycle the capital into better investments.

The buyback also sends a signal that there is optimism about a company’s current prospects but the share price is undervalued. “Companies might be pessimistic about future investment but believe existing investments are able to pay a bigger return,” says Dimitriu.

There are other voices supportive of buybacks. Professor Theo Vermaelen of INSEAD told Board Agenda that government involvement in buybacks is “absurd” and that there are many reasons for repurchasing shares. One is to avoid dilution of the share price when companies offer stock options.

Vermaelen adds that it is up to companies to avoid remuneration based on short-term objectives such as EPS. “In other words, the buyback is a way to protect investors against granting undervalued stock, or undervalued stock options, to executives,” says Vermaelen.

He also thinks the argument that executives judge share value poorly is wrong. His latest research* looks at the long-term consequences of 20,000 buybacks, and finds that returns four years after a buyback are “significantly positive”.

He concedes that these are average figures and not every company calls it well. Those that do are often smaller businesses which have seen shareholders overreact to bad news, which leaves the companies able to exploit the fall in stock price.

And as for companies that repurchase when stock is high, Vermaelen says this is no surprise. When stock prices are high, he says, “leverage is below the ‘optimal’ debt-equity ratio of the firm, so it’s normal that they buy back stock then.”

The government research is to be carried out by PwC with the support of Professor Alex Edmans, who is not without a track record of researching buybacks.

In 2017 he saw an indirect link between buybacks and executive pay. In an article for Harvard Business Review, “The Case for Stock Buybacks”, Edmans concludes: “Buybacks are a red herring.” He argues that it’s not buybacks that cause damage to “long-run value”, but cuts in investment and the subsequent hit to earnings.

He says: “In addition to target-based contracts, the imminent vesting of CEO equity also leads to investment cuts. Thus, the solution is not to restrict buybacks—which would throw the baby out with the bathwater and constrain the many buybacks that do create value—but to remove earnings targets and require the CEO to hold stock for several years.

“The solution is not to restrict buybacks…but to remove earnings targets and require the CEO to hold stock for several years.”

“This would solve the myopic incentives that are the root cause of any problem, deterring not only the few buybacks that are value-destructive, but short-term behaviour much more generally.”

In February this year he re-emphasised the point in a paper for the European Corporate Governance Institute, “The Long-Term Consequences of Short-Term Incentives”. He wrote: “This paper suggests that the impending vesting of equity leads CEOs to take myopic actions—actions that boost the short-term stock price at the expense of long-term value.

“An increase in vesting equity is associated with a greater frequency of stock repurchases and M&A announcements, and higher short-term returns and lower long-term returns surrounding these events. These results provide suggestive evidence of the negative causal effects of short-term CEO incentives on long-term firm value.”

The government is due to report this year on the research findings. If Edmans guides the research to similar conclusions, we are unlikely to see intervention that would restrict buybacks.

However, there may also be implications for the way executives are incentivised.

* “Are Buybacks Good For Long-Term Shareholder Value?” Alberto Manconi, Urs Peyer and Theo Vermaelen, in the forthcoming edition of the Journal of Financial and Quantitative Analysis.