Companies increasingly make their own venture capital deals to win strategic advantage. But investors need to prepare properly before they begin the deal-making. 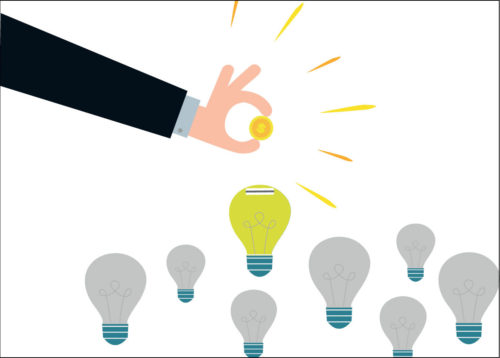 When the business pages write about venture capital they usually fail to make an important distinction. Though VC deals make for attention-grabbing headlines, it is corporate venture capital investments that are growing at a startling rate.

Nick Elverston, head of the TMT and digital economy group at law firm Ashurst, says CVC has become the process which many companies use to make a strategic move into new technology. “There is a digital revolution going on,” he says, “and people are looking at their business models and concluding they need to transform to keep pace.”

Companies have taken to corporate venturing with enthusiasm. A report on global CVC activity from CB Insights, an investment research provider, shows that it now accounts for 20% of total venture capital investment, and that 2017 saw spending levels reach an aggregate of $31.2bn (£22.9bn or €26bn). That figure is up 18% on 2016, while the number of deals completed rose by 19% to 1,791.

Increasingly, CVC players are shifting their attention to the seed stage of financing…

In its own examination of the market, KPMG says that the global figures have been boosted by huge deals in China for nascent tech companies, but “it has been clear for some time now that the role CVCs play within the global venture ecosystem has only grown more important and sizeable over time.”

But why has the trend been growing? The issue, it seems, is that big companies cannot match the rate of technology development in start-ups.

Nick Elverston says: “Historically, what do companies do if they want to remain competitive in new technology? They develop tech internally, and organically, through research and development or they go out into the market and make a major acquisition. But developing organically can take too long and acquisitions carry certain risks.

“So, there is an interim path. Corporates can invest in a number of small tech businesses then see which one takes off.”

The difference between traditional venture capital and corporate venturing comes down to intent. VCs are looking to invest, followed by an exit to crystallise a return. Corporate investors may do that, but they also look for opportunities in technology that has an overlay with their existing business models.

Of course, there is more than one route to venture investment. Companies can set up their own CVC fund or they can invest in an external fund. Increasingly, CVC funds are investing alongside VCs in what would have typically been a traditional VC funding round.

Elverston observes that many companies take the external fund investment route when they realise how resource-intensive running their own operation can be. Whatever the route to investment, there are critical issues to consider.

If companies decide on CVC activity, it’s important to approach the process fully aware of what’s required in terms of building the right capability. That could mean confronting key cultural issues as well as recruiting the right skills. Venture funds tend to move more quickly than corporate processes, while incentives for executives in venture financing are specific to the sector.

Companies will need to adapt, incorporating new structures and processes into their organisations. According to Tara Waters, a partner in Ashurst’s corporate practice with a focus on digital economy transactions: “One of the challenges is how to meld the mindset of an existing organisation to something that is very different—an entrepreneurial business practice.”

It’s also important for company leaders to absorb the full implications of running a CVC function for their relationship with investors. Investments go wrong. That’s an accepted risk for traditional VC operators.

The issues are different for a listed company. “If you’re a big corporate and you back a business and it fails, investors will ask questions,” comments Elverston.

Motivation is a key element, long before investment takes place. Some companies may simply want to invest to make a return. Others are looking for their CVC operation to form the bedrock of a strategic relationship with the investee company. That means that CVC investors may also strike a “commercial” agreement to exploit technology under development.

According to Waters, commercial agreements raise particular questions. “If companies want to utilise the technology,” says Waters, “they will need to undertake a great deal more due diligence.”

The priority is to ensure that the two organisations—investor and investee—are able to integrate technologically and ensure the data at the heart of the developing business can be shared in compliance with relevant regulatory requirements and, in particular, privacy rules.

The difference between traditional venture capital and corporate venturing comes down to intent.

“There are lines you need to be wary of crossing in a commercial agreement when it comes to being able to exert a material influence over the business,” warns Waters.

Elverston adds: “Regulators are becoming highly sensitive to the possibility of competition being affected by access to new technology and data. “If they act, it can throw a wrench into an investor’s ability to exploit the technology.”

Despite the complexities, corporate venture looks as if it is here to stay. In an article for Harvard Business Review, Professor Josh Lerner wrote that the “creation of a venture fund might well prove to be what executives are always looking for—the breakthrough idea that changes everything.”

As long as technology continues advancing at its current rate, CVC will remain an attractive route to strategic advantage.