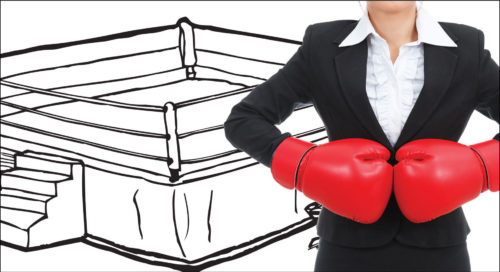 How do cheating at cricket, the values of a world-class boxer and executive pay all connect?

In the news recently was the Aussie ball-tampering incident, involving the application of sandpaper to cricket balls. No whistleblower needed, just the umpire’s eyes. The act itself seemed somewhat foolish given the Australian team was winning anyway but then, I guess, there’s always a bigger record to achieve.

When is cheating only a bit of cheating? And when is a diversity commitment only lip service?

Sadly, the whole sorry episode involved an experienced coach, a captain and a rookie bowler. Could their surprise at the international condemnation be in any way caused by the fact that their past unpleasant behaviour had been tolerated and even, by some, admired as a more competitive edge?

I think so. The whole team was under the impression that winning at any cost was the game. The players were led to believe that their behaviour was condoned.

Even the language is interesting: “ball tampering” rather than “cheating”. Surely, a spade is a spade, and it is cheating just the same as drugs or match rigging.

I am not a boxing fan but I am an Anthony Joshua fan, so I recently watched his story, The Fight. I believe he is not only an amazing role model for young people but also for those of us in corporate leadership positions. His approach is one of performance, not personality.

He’s uninterested in making his fights complicated or trash-talking his opponents. Joshua is interested in winning through superior performance and then shaking hands afterwards. The tone he strikes for his team is completely different from that within the Australian cricket team.

Let’s relate this to our world of governance and recent events there—in particular, gender pay reporting. Consider the tone of some of the reporting and what it reveals about the culture of the organisation involved.

Stand up and explain, lawyers and accountants, what was so special about your partners’ financial rewards that it deserved to be excluded from the gender pay reporting obligation?

The gender pay rules are very clear, as is their intent: the desire is to understand, by using pay data, the split—by gender—of gross organisational pay. Now the clever dicks among us (and they are mainly Dicks or Johns, seldom Jemimas) have worked out that pay has a legal definition, and where there are profits or bonuses from a partnership they can be excluded from the need for reporting, thus allowing the organisation to report a lower negative ratio of male to female pay.

And guess which organisations have chosen to take this route? The ones which claim that, culturally, they are the most supportive of a diversity agenda. Now, what sort of tone from the top does that create? When is cheating only a bit of cheating? And when is a diversity commitment only lip service?

Stand up and explain, lawyers and accountants, what was so special about your partners’ financial rewards that it deserved to be excluded from the gender pay reporting obligation?

Let me beckon you to a boardroom scene. Put on your invisibility cloak, sit over there and listen:

REMCO CHAIR: “We had a meeting last week and our advice has been that if we set up an escrow account for the ex-CEO’s deferred pay then we are not obliged to record it in the rem report.”

REMCO CHAIR: “Well, because being in escrow it is not ours, but it’s also not his…yet. When it is released to him then it’s his, but that will avoid the need to declare it as he will have left and will no longer be subject to reporting.”

AUDITCO CHAIR: “Have the auditors agreed to this?”

CFO: “No issues have been raised.”

SID: “And just remind me why we are doing this?”

CHAIR: “He performed well, despite the financial results being down and, in this current climate of antagonism towards pay, we feel that we do not want the attention that the level of these awards, if reported, would bring to our annual report. Are we all in agreement”?

I see your invisibility cloak slipping as your fury mounts. We leave the room and you point out that the core values of this organisation are, ironically, “to be a trusted partner”.

So, let’s all step up to this tone at the top. Let it be a clear board conversation that goes along the lines of: are we setting a good example? Do we demonstrate the values we wish the rest of the organisation to follow? Do we walk the talk?

I want to finish with Anthony Joshua’s words: “It’s not complicated.”

The Secret Ned is a British board director with 30 years’ experience on the boards of the FTSE 250, small-cap companies and private, family-owned businesses.