The use of shared service centres (SSCs) has grown over the decades. They offer many benefits to finance and accounting departments, but the rise in automation and digitisation will bring a radical shakeup of the SSC business model, which has implications for the companies using them. 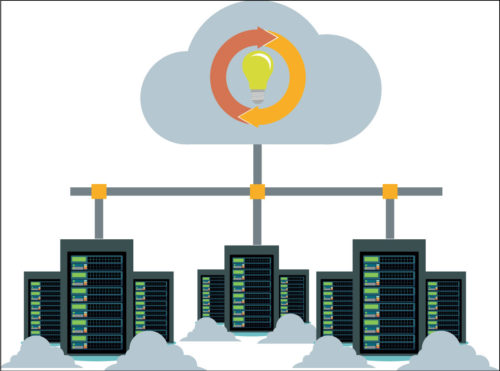 Since they first emerged in the US in the 1980s and then in Europe in the early 1990s, the use of shared service centres (SSCs) has spread exponentially.

According to research by Everest Group, more than 70% of the US Fortune 500 companies now use shared services or outsourcing models for their finance and accounting operations.

Organisations are so comfortable with SSCs today that the range of functions that they typically handle is increasing steadily.

Of course there have been a few bumps in the road, such as the decision by some companies to relocate customer services from Asian call centres because of language barriers, but overall the SSC model has been a significant business success and continues to be so.

According to the ACCA (Association of Chartered Certified Accountants), “finance and accounting delivery through shared services and outsourcing is playing an important role in optimising the structure of the finance function.” As such, shared services are seen as a meaningful finance transformation tool. “The benefits—transparency, lower cost, greater efficiency, standardisation and improved governance, and more—are now taken for granted by the industry,” adds the ACCA.

Organisations are so comfortable with SSCs today that the range of functions that they typically handle is increasing steadily. Finance function processes remain by far the most significant, but this is closely followed by HR processes, IT services and, to a lesser but increasing extent, procurement and tax. “We’re seeing clients wanting to add more services to SSCs,” confirms Caroline Couesnon, partner with Mazars in Paris.

“Until now, within the finance function it’s been mainly about transactional accounting, accounts receivable and payable and so on. Now they’re looking at adding billing processes, supply and others. Many are also exploring the creation of a ‘reporting factory’, so no reports are created locally.”

The SSC model, though, is on the brink of radical change. Automation and digitisation are already having a significant impact on the way in which SSCs operate and on the decisions organisations make regarding shared services.

Couesnon explains that SSCs act like a normal organisation—they must reach performance targets: “There are now more than 350 SSCs around the world, and more than 40% of these have more than 100 full-time employees. These are not tiny operations. SSCs have an organisational structure and are effectively run like organisations—they have almost exactly the same constraints.”

She adds: “They don’t have to find customers, but they do have to meet the same requirements in terms of performance, cost management, efficiencies and so on. So digitisation and automation have to be part of the plan.”

“Even if you have an SSC in a low-cost country already, it makes sense to analyse what automation could do for you.”

But robotisation (automation) and full digitalisation are giving SSCs new options and this trend has accelerated since 2015, as IT suppliers offer more mature solutions. There are more possibilities to automate transactions (robots) and to go paperless (digitalisation with multichannel platforms).

“One of the consequences is that labour costs, and the location of SSCs, has become less important,” adds Couesnon. “If you want to launch an SSC today, labour costs won’t necessarily be your primary consideration. Some Western companies are taking the view that it’s better to robotise and digitise rather than to locate its SSC in India. Staying in situ is a real option now.”

The advent of cloud computing and digitisation has made the virtual SSC model a tangible possibility for companies. “We have seen some companies working on this already,” says Couesnon. “It’s not important to SSC customers where the people they deal with are located, and SSC employees can do a lot of their work at home if documents are digitalised and accessible through the cloud. “Our clients are more at ease with this concept than ever before.”

The benefits are clear—automation means that SSCs do not need as many people, bringing labour costs down significantly. Combine that with homeworking and there is a greatly reduced need for a significant physical SSC presence, with all the cost that this entails.

Couesnon stresses that this will not be the right approach for everyone; the cost of transitioning from a physical to virtual model could be prohibitive, which means that the virtual model will inevitably be a more attractive option for companies that do not already have an SSC established. “But even if you have an SSC in a low-cost country already, it makes sense to analyse what automation could do for you,” she says.

There are, of course, risks involved in SSCs, and one of the biggest, whether in a virtual model or not, is HR. “Working in an SSC can be boring, so one of the biggest issues is how to retain people,” says Couesnon. Homeworking can act as an important incentive for employees and attract more candidates to SSCs, but there is a danger that a virtual model could exacerbate retention problems if people become isolated.

“You need to define the rules for homeworking clearly, and have regular meetings to make sure people meet face-to-face,” explains Couesnon. “It’s also essential to train management in this way of working because it’s also a new way of managing people.”

There are other risks. Security is a concern when documents are digitised, and Couesnon warns that it is also important to be aware of the different requirements in various jurisdictions concerning digital archiving and paper originals. In France, for example, there is no requirement for organisations to retain paper originals, as long as there are procedures in place to ensure that the electronic version is a faithful copy—but not all jurisdictions are the same.

Couesnon adds that while automation and robotics improves the overall performance of an SSC, it is important not to neglect other areas: “Continuous improvement programmes are essential. Performance can be improved through digitisation and automation, yes, but it can also be improved through optimisation of processes and the team by using the Lean Approach, for example.”

Automation and digitisation are changing the nature of SSCs, in other words, but the basics of the business remain as important as ever.