MPs investigating the collapse of Carillion have levelled scathing criticism at the former finance director, the board, auditors and regulators, calling for the referral of Big Four auditors to the Competition and Markets Authority. 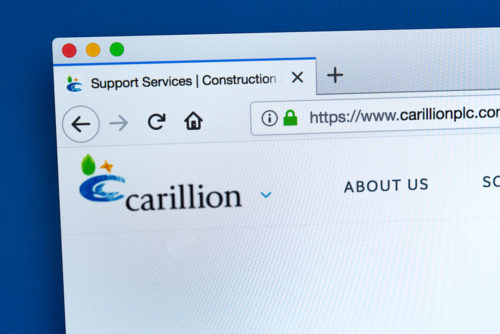 Auditors are under renewed pressure for change following a scathing report from a committee of MPs calling for the UK government to refer the Big Four firms to competition regulators.

The call comes in a report on events surrounding the collapse of construction giant Carillion, which levels stiff criticism at every party involved: a former finance director, the company chairman and board, auditors and advisors and the Financial Reporting Council, the UK’s audit watchdog.

The report is the product of a joint probe by the House of Commons business committee collaborating with the work and pensions committee.

The report said: “In failing to exercise professional scepticism towards Carillion’s accounting judgements over the course of its tenure as Carillion’s auditor, KPMG was complicit in them.”

The report then went on to draw broader conclusions, arguing that the UK audit market “works for the Big Four firms but fails the wider economy”.

It added: “Waiting for a more competitive market that promotes quality and trust in audits has failed. It is time for a radically different approach. We recommend that the government refers the statutory audit market to the Competition and Markets Authority.”

The report suggested the review consider “both breaking up the Big Four [PwC, KPMG, EY and Deloitte] into more audit firms, and detaching audit arms from those providing other professional services.”

Carillion went into insolvency earlier this year, leaving a pension liability of around £2.9bn and owing an estimated £2bn to suppliers, sub-contractors and short-term creditors.

The company’s accounts, published in March 2017, notoriously presented the optimistic prompting of a “record” dividend of £79m, the larger portion of which was paid in June 2017. In July, Carillion issued a profits warning, saying the value of its contracts were worth £845m less than previously stated. By September, the company corrected that figure to £1.045bn. When the company went into insolvency in January this year its liabilities stood at £7bn, with just £29m in the bank.

MPs levelled criticism at the board, accusing it of being “both responsible and culpable for the company’s failure”.

It said board members presented themselves as “self-pitying victims of a maelstrom of coincidental and unforseeable mishaps”.

However, the MPs said that the “problems that caused the collapse of Carillion were long in the making, as too was the rotten corporate culture that allowed them to occur”.

Board chairman Philip Green, who joined the board in 2011 and took the chairman’s seat in 2014, was described as an “unquestioning optimist when his role was to challenge”.

The report added: “Remarkably, to the end he thought he was the man to head a ‘new leadership team’.”

The report called on an investigation by the Insolvency Services to consider “potential breaches of duties under the Companies Act, as part of their assessment of whether to take action for those breaches or to recommend to the secretary of state action for disqualification as a director”.

There was additional criticism levelled at watchdogs.

“The key regulators, the Financial Reporting Council (FRC) and the Pensions Regulator (TPR), were united in their feebleness and timidity.

“The FRC identified concerns in the Carillion accounts in 2015 but failed to follow them up.”

The government has since ordered a review of the operations at the FRC. The body’s chief executive, Stephen Haddrill, proposed earlier this year that the audit market should go through a review by the competition regulator.

Today, the FRC said its current investigation of audits at Carillion was making good progress and would involve reviewing “tens of thousands of documents.” It said interviews had already taken place but more would follow.

The investigation’s main focus is KPMG’s audit of Carillion from 2014 to 2017 and the two former FDs, Richard Adam and Zafar Khan.