Rick Haythornthwaite is to step down as Centrica chairman, while senior finance chiefs are set to leave GSK and National Grid. 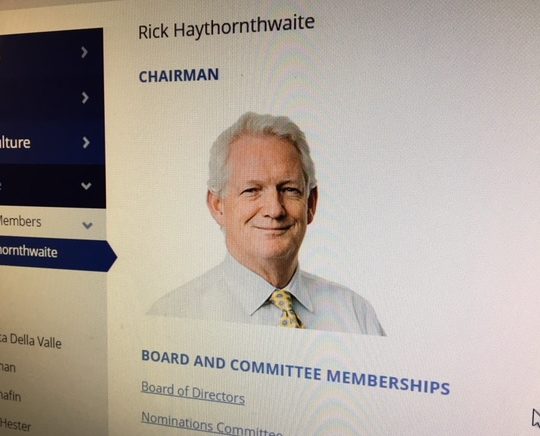 Chairman Rick Haythornthwaite is to step down from the role in the next 12 months—which will take him to six years’ service.

The recruitment process for his successor will be led by senior independent director Stephen Hester.

Haythornthwaite said it had been a privilege chairing the group, during which he believed it had made “material progress against a challenging external environment, including significant fundamental changes in the energy landscape”.

During this period group chief executive Iain Conn joined, while it set out a “customer-focused” strategy.

Richard Gillingwater is the new senior independent director of Whitbread. He takes the role following Adam Crozier stepping up to become chairman in March.

Gillingwater has worked primarily in corporate finance and banking, including roles at Kleinwort Benson, BZW and Credit Suisse First Boston.

He is chairman of Janus Henderson Group, a non-executive director at Helical and pro-chancellor of the Open University.

Crozier said that Gillingwater’s experience in M&A and restructuring will be of “great value” as the company looks to split into two businesses, revolving around their Premier Inn and Costa brands.

Two of the UK’s most senior finance chiefs are to leave their roles.

Simon Dingemans is to leave GSK in May 2019, which will take him to eight years in the position. Alongside finance, he has also led its IT, real estate and procurement divisions.

National Grid group CFO Andrew Bonfield is to leave the business in July, after eight years. He will take on a role with a US company, enabling him to be closer to his family.