With AIM companies having to apply a corporate governance code from September, the Quoted Companies Alliance has updated its own version. 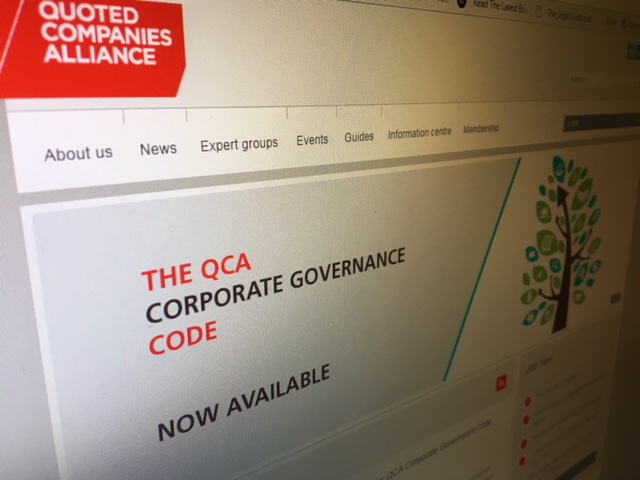 A new version of the Quoted Companies Alliance’s (QCA) Corporate Governance Code has been released. Setting out ten key principles, the guide is an update of the code which was originally released in 2013.

The code has been put together by the QCA’s corporate governance expert group. A standalone working group comprising leading individuals from across the small and mid-size quoted company ecosystem—for whom the code is targeted at—also worked on the code.

“The QCA Code is already the benchmark for corporate governance on the AIM Market,” said QCA CEO Tim Ward. “The revised edition will provide greater clarity and help for companies wishing to retain and attract investors, to raise capital and, ultimately, to create long-term value for shareholders.”

The code’s update comes at a time when the London Stock Exchange has created a requirement for AIM-listed companies to apply a recognised governance code, and explain how they do so, from September 2018.

The QCA’s own research suggests that more than half of the 900+ AIM companies refer to its code. However, it also found that many failed to apply any code.

“For a company, applying the QCA Corporate Governance Code will help investors get a much more informed understanding as to how they manage their risks, and a deeper appreciation of their internal cultures,” said Gervais Williams, senior executive director of Miton Group and chairman of the QCA.

Sir Win Bischoff, chairman of the Financial Reporting Council, said the QCA’s code provides a means for smaller quoted companies to consider their own circumstances when applying principles of good governance.