Plans for new EU-wide protections for employees who blow the whistle on corporate tax avoidance or cheating on product standards are reportedly about to be released by the European Commission. 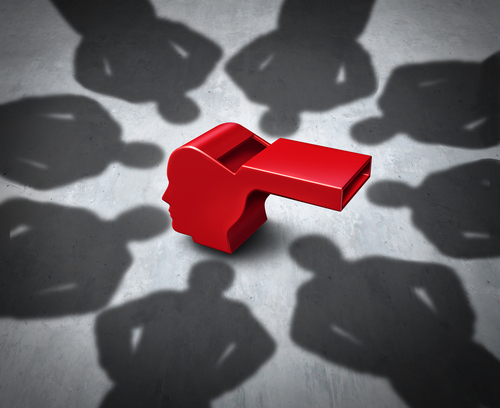 Plans for new EU-wide protections for employees who blow the whistle on corporate tax avoidance or cheating on product standards are reportedly about to be released by the European Commission.

She said: “We have to be much better in protecting honest people, including the journalists, but also whistleblowers, and I can inform you that we are finalising now the proposal for protecting whistleblowers, which will be legislation, which will be horizontal, and which I hope will increase the chances for honest people, in case they see some wrongdoing which is detrimental to public interest, to come and report and to have guaranteed protection.”

The move follows a resolution by the European Parliament late last year, which called for the European Commission to propose EU-wide legislation on the protection of whistleblowers that covers both the public and private sectors.

It also comes on the back of the VW emissions scandal and the conviction—overturned on appeal—of former PricewaterhouseCoopers employee Antoine Deltour for helping to reveal widespread tax avoidance.

According to the draft commission directive seen by The Guardian newspaper, the new law would give whistleblowers protected status, including the right to legal aid and possible financial support. Companies would be prohibited from sacking or demoting whistleblowers, and face “dissuasive” penalties for trying to block employees seeking to uncover wrongdoing.

A spokesperson for the Greens/European Free Alliance in the European Parliament said: “The need to protect whistleblowers is increasingly recognised at both European and national level. In a recent public consultation done by the European Commission, an overwhelming majority of 96% of respondents agreed that we need legally binding minimum standards on whistleblower protection across the EU.”