Reports suggest the data protection controversy that wiped billions from the market value of Facebook is now considered an ESG issue for fund managers. 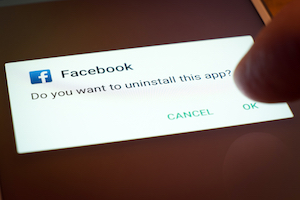 The mire in which social media platform Facebook finds itself over the protection of user data deepened this week as it emerged that some ethical funds have dropped the company’s shares.

Bloomberg reports that some funds now consider the stock so “toxic” that they have included it among big polluters or “ethically challenged” companies.

The news follows revelations that the user data of up to 50 million individuals was harvested from Facebook and then passed to Cambridge Analytica, a political consulting firm, for use as part of Donald Trump’s election campaign.

Bloomberg quoted one manager in charge of responsible of investment as saying that data security and privacy were “significant” ESG risks.

The controversy surrounding Facebook has wiped around $90bn from its market value.

A consumer campaign on Twitter saw calls for users to stop using Facebook with the hashtag #DeleteFacebook.