Jeff Immelt, former chief executive and chairman of General Electric, took a substantial fall in pay as the company adjusted his remuneration package. 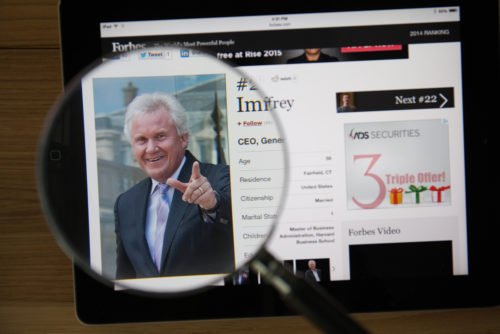 General Electric’s high-profile former chairman and chief executive Jeff Immelt saw his remuneration package fall considerably during his final months with the company, according to papers published by GE.

The proxy statement for the company’s annual meeting reveals that Immelt’s pay fell last year to a total of $4.9m compared with $17.9m in 2016. He took no bonus or stock options.

The Financial Times reports that the 72% cut in pay, as well as a new pay deal established for his replacement, is an indication of GE’s efforts to fit executive pay to shareholder returns.

New chairman and chief executive John Flannery, who replaced Immelt in August 2017, is on a salary of $1.7m.