Have current codes of practice significantly improved corporate governance around the world? If not, then it may be time to review the case for enforced compliance. 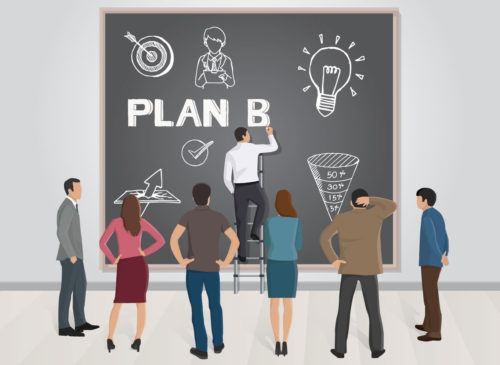 Are we getting corporate governance right? The end of last year saw another iteration of the UK’s Corporate Governance Code. The consultation will prompt much debate, but discussion was well underway long before the Financial Reporting Council draft code appeared.

Research suggests that there is a systematic difference between countries in terms of the legal protection accorded to minority shareholders, with two distinct trends emerging.

Indeed, one big discussion centres on the general progress of governance and whether companies are better governed with “hard” or “soft” law approaches—principles or rules?

There is no doubt that laws and regulations matter. Research suggests that there is a systematic difference between countries in terms of the legal protection accorded to minority shareholders, with two distinct trends emerging.

First, the least protection for investors is provided in countries in which companies have the highest ownership concentration. Second, as has been noted elsewhere, expropriation of external shareholders arises most significantly where a company is affiliated to a group of companies, all of which are controlled by the same shareholder.

The foregoing emphasises the importance of corporate governance, succinctly defined in the Cadbury Report as “the system by which companies are directed and controlled”, and further explained as follows: “Boards of directors are responsible for the governance of their companies. The shareholders’ role in governance is to appoint the directors and the auditors and to satisfy themselves that an appropriate governance structure is in place.”

Although somewhat simplistic, it highlights the importance of processes that companies should institute and implement, to ensure that effective practices transcend the various levels of the organisation. These were viewed as necessary responses to what was then seen as the lack of managerial oversight, which led to a series of spectacular corporate collapses, resulting in substantial financial losses for shareholders, employees, creditors and investors—as well as the government. They were also seen as posing considerable challenges to the integrity and reputation of the City of London.

Significantly, the Cadbury Report recommended that compliance should be based on a voluntary Code of Best Practice, designed to achieve the necessary high standards of corporate behaviour, supplemented by appropriate levels of disclosure.

It must be noted that the scope of the Cadbury Report was specifically to address issues arising from the financial aspects of corporate governance, and in the circumstances the committee opined that it would be most appropriate to adopt a principles-based “comply-or-explain” approach.

In a nutshell, companies were expected to comply with the core corporate governance principles identified in the voluntary Corporate Governance Code, and if they did not comply, they needed to explain why not. The underlying aim of this approach was to ensure transparency, as it was hoped that market forces and pressure from investors would ensure compliance rather than explaining non-compliance.

Evolution of the code

This principles-based, self-regulatory approach rapidly gained favour across global capital markets. The idea of a voluntary code on corporate governance that focuses on structures, processes and practices has been actively promoted since the publication of the Cadbury Report in 1992; the current UK Corporate Governance Code, which was published in September 2014, now sits at the forefront, having being followed in almost every sophisticated corporate law system in the world.

The evolution of the comply-or-explain model has continued over the years, assisted by the publication of the Principles of Corporate Governance by the Organisation for Economic Cooperation and Development (the “OECD Principles”) in 1999, updated and revised in 2004 and 2015 (see below).

The irony is that once in place, the shortcomings of this almost draconian legislation was glaringly exposed with the collapse of Lehman Brothers…

The principles-based approach is not the only model. Jurisdictions like the US practise a rules-based approach. Following scandals such as Enron and WorldCom, this approach enshrined standards of corporate governance in the Sarbanes-Oxley Act 2002 (see below), thereby making compliance mandatory.

The irony is that once in place, the shortcomings of this almost draconian legislation was glaringly exposed with the collapse of Lehman Brothers—and another kneejerk reaction followed with the Dodd-Frank Act of 2010 (see below), perpetuating the black-letter-law approach.

Did the self-regulatory and principles-based approach on the other side of the Atlantic fare any better? That is difficult to conclude, as was crudely illustrated by the collapse of the Royal Bank of Scotland, which necessitated the biggest bank bailout ever by the British government.

So, what are the choices, if any? Despite the differences in approach, both the principles-based as well as the rules-based models share a common objective—that is, to enhance the quality of the processes that support the practice of good corporate governance, through lessons learnt from the corporate collapses from the late 1980s through to early 2002.

Is one model to be preferred over the other? Simply checking the box is not enough; the foundations of good corporate governance must of course rest upon an effective system of checks and balances, as highlighted succinctly by Monks and Minow, in their 2011 book Corporate Governance:

With moral hazard appearing to increase on the part of investors, especially with government intervention after the global financial crisis, how do we effectively respond to the cultural and structural challenges that are raised above?

Soft law is beneficial only where there is active compliance by business elites, diligent monitoring by capital market actors, and effective control by regulatory elites.

How do we get corporate boards to move away from the “shareholder primacy” model—where only profits matter, as charity has no seat at the board—to one that encompasses a more diverse range of interests, including shareholders, employees, consumers, the community and the environment?

Should we—and would it be too onerous to—impose upon boards of directors a duty to consider, and to implement, robust standards for good corporate social responsibility as a safeguard against reputational risks?

While voluntary compliance with good corporate governance practices based on the principle of comply or explain has gained wide recognition as possibly one of the best and most comprehensive examples of self-regulation, questions have nonetheless arisen regarding whether it is the most effective way of ensuring that corporations act responsibly.

Soft law is beneficial only where there is active compliance by business elites, diligent monitoring by capital market actors, and effective control by regulatory elites.

Under critical analysis, have these codes contributed significantly to improved corporate governance practices? If they have not, is it time, at least in certain areas, to rethink and re-evaluate the case for enhanced reliance on hard law, so as to provide clearer expectations to ensure compliance?

In short, should corporate governance be by rule or by principle—or indeed by some hybrid of the two?

Among the key causes of the global financial crisis are the failures of ethical and effective leadership of corporations, characteristics of which make them difficult to regulate, let alone ponder over the impossibility of legislating on such issues. Principles of corporate governance need to be more carefully contextualised and diversified, especially in the transnational domain.

As the tentacles of the modern corporation reach further outwards, so too must there be a commensurate level of corporate behaviour that meets the expectations of the various stakeholders…

Simultaneously, the status of and relations between citizenship, states, transnational corporations and non-governmental organisations in a transnational regulatory domain needs much closer consideration. Only with these issues addressed can there be a more balanced and fruitful discussion of corporate governance mechanisms, especially when it comes to assessing the merits of soft versus hard law in a given political economy.

On the other hand, the US adopts a black-letter-law approach, with a legislative framework setting out the requirements and resulting penalties for non-compliance.

It is trite to say that there is no one-size-fits-all regarding soft or hard law, since market development and maturity may differ across jurisdictions, compounded by cultural and/or socio-economic considerations. Accordingly, what may work well in one country may not necessarily produce similar results in another.

That said, there clearly must be adherence to some basic common-sense practices which transcend national boundaries, especially since there is a common denominator in the corporate governance debate—namely that companies always involve the use of other people’s money, for which there is a legitimate right to expect that this will be applied responsibly by those empowered to do so.

As the tentacles of the modern corporation reach further outwards, so too must there be a commensurate level of corporate behaviour that meets the expectations of the various stakeholders, which continue to evolve.

Although a number of forums have been set up to raise and discuss some of the issues, as well as to propose changes, it must be expressly recognised that despite all best intentions, we must acknowledge the fragilities of human beings, which have invariably been the dominant or root cause of the crises that we have experienced to date.

First published in 1999, the OECD Principles were revised in 2004 and aimed at helping governments around the world to create “legal and regulatory frameworks for corporate governance”. The six principles, or headings that the OECD addresses, are:

• Ensuring the basis of an effective corporate governance framework;

• The rights of shareholders and key ownership functions;

• The equitable treatment of shareholders;

• The role of stakeholders in corporate governance;

• The responsibilities of the board.

Last year (2017) the OECD published another revision, born out of the financial crisis and which took account of the fact that listed companies are proliferating in developing markets; also that stock markets themselves have become listed companies and no longer the quasi-national institutions they once were.

The Sarbanes-Oxley Act of 2002 predates the financial crisis but came as a direct response to the collapse of Enron and WorldCom. It formed major changes to financial reporting in the US, but had knock-on effects for overseas companies with operations in the US.

Among the many measures contained within the Act were introducing a responsibility on directors for signing off internal controls and publishing a report on internal controls. Financial statements should include all material from balance-sheet liabilities.

The Act also introduced penalties, including imprisonment of up to 20 years for “altering, destroying, mutilating and concealing” essential records or documents.

To give it its full name, the Dodd-Frank Wall Street Reform and Consumer Protection Act is widely hailed as one of the most complex pieces of legislation ever written. President Trump has pledged to repeal the legislation.

The Act aimed to consolidate the regulation of financial markets and create a new body to monitor systemic risk. It also introduced a new consumer protection agency for financial products and a new regime for winding down bankrupt businesses.

It also aimed to effect changes in accounting standards and improve regulation of credit-rating agencies.