Boards must pay heed to labour abuses in their supply chains by ensuring strong risk management and building stable relationships—or face the many damaging consequences. 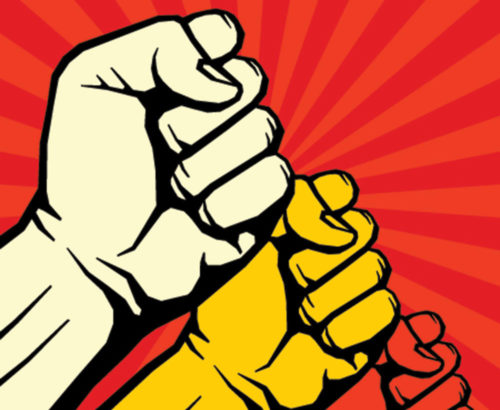 There is a global expectation today that all companies respect human rights—that is, the rights of their workers and those whom their operations affect. But social issues, which tend to have less mature data to illustrate how they can affect a company’s performance, often get short shrift from the C-suite and corporate boards.

Poor working conditions, low wages, forced and child labour and human trafficking are just some of the human rights violations that could be lurking in a company’s operations. A common area for abuse is corporate supply chains, which are often global in scope, multi-tiered and complex.

Companies are increasingly seeing supply chains as an extension of their workforce and community.

Additionally, many suppliers and manufacturers are located in emerging and developing countries such as Bangladesh, China and India, where human rights and labour laws may be less sophisticated and more opaque, potentially making it easy for labour abuses to slip unnoticed under the corporate radar.

The International Labour Organization estimates that 25 million people are in forced labour and that in the private economy it generates US$150bn in illegal profits. Labour abuses in the supply chain can create enormous reputational risks for companies.

The public, too, is demanding more scrutiny and accountability from corporates. Companies are increasingly seeing supply chains as an extension of their workforce and community.

To manage risks and capitalise on opportunities, it is crucial that boards ensure their supply chains are more transparent and devoid of worker exploitation.

The consequences of not managing risks are myriad. In this digital age, consumers are increasingly empowered to research brands, as well as those brands’ human-rights record. Potential cost savings from cheaper labour could end up backfiring if the supply chain is disrupted due to worker accidents, for example.

If human-rights abuses materialise, companies could suffer from serious reputational risks, including potential brand damage, erosion of share price, and consumer backlash, which could lead to loss of sales. And in the age of social media, where one tweet could cast a shadow over a business’s entire operations, there really is nowhere to hide.

As well as growing consumer pressure, there are also increasing legal and regulatory consequences of a poor human-rights record, such as potential lawsuits and fines.

Recent legislation has sought to protect worker rights in the supply chain; the Modern Slavery Act 2015 in the UK was the first legislation of its kind in Europe, taking a significant step towards ending exploitation. The Duty of Care of Parent Companies and Ordering Companies in France, and the California Transparency in Supply Chains Act 2010, are other examples of this kind of legislation.

As well as growing consumer pressure, there are also increasing legal and regulatory consequences of a poor human-rights record, such as potential lawsuits and fines.

Another reason for  corporate focus on labour practices is the growing number of frameworks, standards and guidance on human rights. Widely endorsed benchmarks such as the UN Guiding Principles on Business and Human Rights, the OECD’s Responsible Business Conduct for Institutional Investors, and the United Nations Sustainable Development Goals mean that more responsibility is expected of corporates to take ownership of their supply chain operations and weed out malpractice.

Paul Polman, CEO of Unilever and a champion of sustainable business operations, has said that “any system where too many people get left behind is sowing the seeds of its own destruction.” In 2017, Unilever, for the second year in a row, received the number-one spot on analyst Gartner’s annual Supply Chain Top 25 list.

Polman introduced the Unilever Sustainable Living Plan in 2010, with a view to improving wellbeing (with its food and hygiene products), reducing the corporation’s environmental footprint and enhancing livelihoods (through increased incomes for farmers and small retailers).

Disasters in the supply chain

Despite stakeholder pressure, and the best practices of some CEOs and boards, there are still frequent incidents of poor labour practices in supply chains.

One day in April 2013, cracks appeared in a five-storey commercial building in Bangladesh, which housed garment factories. The next day, it collapsed, killing more than 1,100 people and injuring approximately 2,500. Because of this massive loss of life, the Rana Plaza disaster is widely regarded as the one of the worst industrial accidents in history. A year prior to the tragedy, 25% of the country’s 232 factories were deemed unsafe by authorities after inspection.

Fashion brand Primark, whose supplier was based on the second floor of the factory, had to earmark US$12m in compensation to victims.

Only six months before the disaster, more than 110 workers were killed in a garment factory fire in Tazreen. Brands and retailers with revenue of more than US$1m were asked to pay a minimum of US$100,000 to the compensation fund.

Addressing and mitigating the risks of supply-chain meltdown is something that must come from the top. The board should develop a corporate strategy that sets the tone, driving the reasons why good governance is needed in the supply chain across the organisation.

Stable, well-run supply chains are the lifeblood of companies, and those that manage risk and ensure good practices are in place will reap the benefits. For example, more motivated employees lead to higher employee retention, increased productivity and improved product quality. According to a recent study, factories with improved labour practices reduce their product rejection rates by 44%.

According to a recent study, factories with improved labour practices reduce their product rejection rates by 44%.

Responsible supply chain labour practices also present an opportunity to build long-term, stable relationships with suppliers, thereby avoiding the need to change or drop suppliers at short notice following unexpected incidents. In turn, building these stable relationships can lead to more innovation within the supply chain. Suppliers with innovative products or processes are most likely to share them with companies with whom they have positive relationships.

Finally, companies that comply with existing laws will be well positioned for any new legislation that is announced in the future. Corporate boards can actively work to tackle the issue by ensuring that, among other things:

• the company has an ethical team or someone responsible for CSR matters;

• a code of conduct has been drafted;

• employees and directors can explain what the responsible-practice processes and policies are;

• the company—or a third party—carries out audits;

• the company works with NGOs and trade unions where relevant to understand the impact of worker rights/how forced labour can be recognised;

• the company monitors its suppliers’ processes and their supply chain.

A business is only as strong as the chain of suppliers it works with.

Supply chains will continue to present more challenges as corporates juggle cost pressures with increasing customer demands for lower prices. This scenario makes it tempting to cut corners in the supply chain, but ultimately, while this approach might lead to short-term gains, it could create a raft of long-term headaches for the organisation.

A business is only as strong as the chain of suppliers it works with. So leaders must recognise and work to understand the factors that promote strong risk management in the supply chain. Ensuring that your goods arrive on time is only one piece of the puzzle. Managing vendor relationships, building strong payment protocols, and knowing the geographic and regulatory challenges associated with corporate growth can help keep risks under control, thereby providing a competitive advantage.

Ultimately, boards need to apply the same standards of conduct to their supply chains that they expect from their management team and employees.

Fiona Reynolds is managing director at Principles for Responsible Investment.