Confederation of British Industry tells the UK chancellor that a Brexit deal which fails to include financial services is “like building a ship with no sails”. 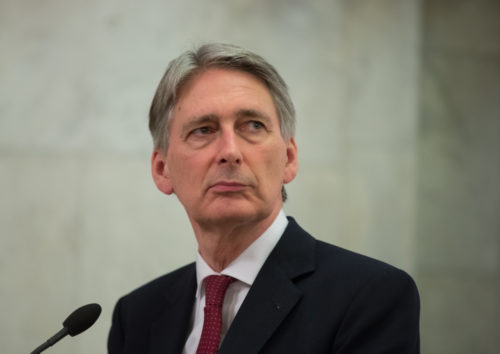 A Brexit deal that fails to include UK financial services is “like building a ship with no sails”, according to the deputy director general of the Confederation of British Industry.

Josh Hardie was responding to a speech from the chancellor Philip Hammond, who argued that it was in the interests of both the European Union and the UK to include financial services in a deal.

EU negotiator Michel Barnier has given strong signals that inclusion of financial services cannot be taken for granted.

Hardie echoed the chancellor’s argument that a deal that integrates financial services would be mutually beneficial to both parties in Brexit.

“This must start with removing the cliff-edge for trade and services by quickly agreeing comprehensive transitional agreements, as well as ensuring that skilled workers can easily move and work across the Channel,” said Hardie.

“The UK financial services hub is not just a British asset but a European asset too, supporting businesses, savers and citizens across the EU…”

“With these steps in place, and a clear vision of the deal the UK wants, firms will have more reasons to pause contingency plans and to invest in the UK.”

In his speech, the chancellor said he wanted to “challenge” the claims that financial services cannot be part of a free trade agreement.

He said: “…the fact is that the UK financial services hub is not just a British asset but a European asset too, supporting businesses, savers and citizens across the EU, serving the whole of our continent, as well as the world beyond.”

He cited an International Monetary Fund assertion that UK financial services were a “global public good”.

He argued that shutting London out of Europe would be more likely to benefit Hong Kong or New York, rather than Luxembourg or Dublin.

He said all EU trade deals were unique and added that “any trade deal between the UK and the EU must start from the reality of today: that our economies, including financial services, are deeply interconnected.”