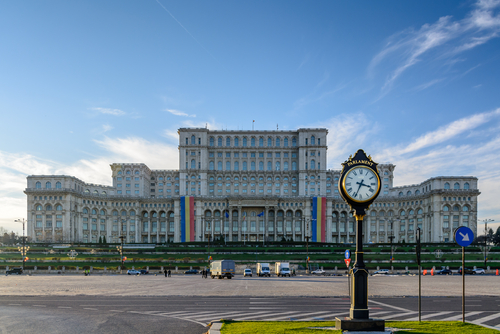 Law no. 161/2003 controversially allowed any member of the federal or local government—from a deputy mayor to a senator—to conduct and own a private business. It was rejected by the Romanian Senate in November, but was passed into law by the Romanian Chamber of Deputies a month later.

The new law aimed to change the government’s Emergency Ordinance 109 from 2011, which required state-controlled companies to implement transparent selections for board members and executive directors and to remove political appointments from these companies.

The matter was referred to the CCR by Romania’s president, Klaus Iohannis, over concerns that the law “diminishes the standards of integrity” which Romanian legislators should abide by. He also claimed that the law breached the country’s bicameralism principles because it was not resubmitted to the senate after its approval, and that it raised a conflict of interest between lawmakers’ business interests and those of the country.

Referring to a 2014 European Commission report relating to corruption in Romania, Iohannis said the commission had charged Romania with ensuring that there are “no exceptions to the applicability of legislative acts on incompatibility, conflicts of interest, and unjustified wealth”.

Unanimously voting to accept Iohannis’s referral, the court declared the law unconstitutional, stating that it breached constitutional requirements, “ensuring transparency in the exercising of power by public dignities in public functions”.