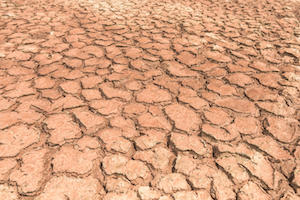 The British government could introduce regulations requiring pension funds to have special investment policies on climate change or corporate governance.

The news came in a letter to a committee of the House of Commons from Guy Opperman, the minister for pensions.

Opperman was responding to an investigation conducted by MPs on the environmental audit committee looking into green finance.

The minister said pension funds currently have a “fiduciary duty” to consider environmental issues but the subject was being overlooked, possibly because it appeared to be “conflated” with “social” and “ethical” considerations in current regulation.

Opperman said options for new regulation included “specifically highlighting particular considerations, such as climate change or corporate governance, for which trustees are required to have a particular policy.”

Trustees might also be required to “publish the statement of investment principles, or make it available to all on request”.

Referring to current regulation, he wrote: “This has the potential to cause confusion on two counts: first, it conflates ethical considerations with social and environmental issues. As noted above, environmental considerations (and by extension social issues too) will often constitute financially material risks.

“Second, the requirement suggests that there will be cases where no social or environmental considerations will be financially material. We believe such instances will be rare if they exist at all.”