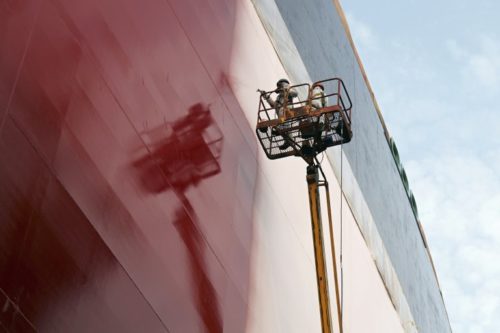 Nils Andersen has been lined up as the next chairman of Dutch paints and coatings business AkzoNobel.

AkzoNobel came under fire from shareholders last year over its talks with American rival Axalta, given its earlier commitment to go it alone and after shunning suitor PPG Industries.

A non-executive at BP and Unilever, Andersen headed up container and shipping giant A.P. Møller–Mærsk, also known as Maersk, from 2007 until 2016. He was previously president and CEO of Carlsberg and Carlsberg Breweries.

Grote said of Andersen: “He has a wealth of relevant experience gained during an extensive international career in the consumer goods, energy, and shipping industries.

“Nils will bring this broad business insight to the supervisory board as AkzoNobel becomes a focused, high-performing paints and coatings company.”

His appointment will be ratified subject to approval at its AGM on 26 April 2018.

Day has served in major finance executive roles with both Reckitt Benckiser and Aegis, before taking the CEO position at Essentra. He has held non-executive roles at WPP, Cadbury, Imperial Tobacco Group and EasyJet.

Miriam Greenwood and Shlomo Liran are joining Telit’s board as non-executive directors.

Greenwood is a qualified barrister who has spent more than 30 years working with banks and financial institutions. She is a non-executive at SMS, Mithras Investment Trust and Eclipse Shipping.

Liran has been chief executive of a number of businesses, including Ericsson Israel and Swedish/Danish mobile operator TRE.

The “Internet of Things” business has been undergoing a governance overhaul since its CEO Oozi Cats resigned last year. Chairman Richard Kilsby said the latest appointments are part of its commitment “to applying the highest standards of corporate governance and transparency across the group and ensuring the reporting and controls are appropriate for this very complex business”.