A new law on limited and additional liability companies has been adopted in Ukraine, which aims to bring the country a step closer to harmonisation of its legislation with the EU’s regulations. 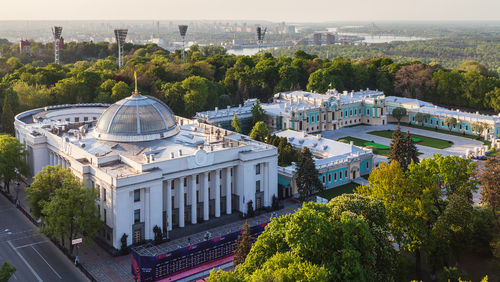 A new law on limited and additional liability companies has been adopted in Ukraine, which aims to bring the country a step closer to harmonisation of its legislation with the EU’s regulations.

The Law On Limited and Additional Liability Companies (the Law) was adopted by the Verkhovna Rada (parliament) of Ukraine earlier this month and, according to Andriy Ivanchuk, one of the bill’s authors, “will allow a breakthrough in relations with small and medium-sized businesses”.

The Law defines the legal status of limited liability companies (LLCs) and additional liability companies (ALCs) —the most common company types in Ukraine—and outlines the procedure for their creation and liquidation, as well as the rights and obligations of their participants.

The Law reduces the term of formation of the company’s charter capital from one year to six months, and allows for the further reduction of that term by stipulating it in the company’s statute/chapter.

No limitation is placed in the new law on the number of participants in an LLC or ALC and it modifies the procedure for the exclusion of participants from the LLC and ALC. Conditions, under which dividend payments become impossible, are also introduced.

Alena Malaya, tax and legal advisor at Eurofast, said that LLCs and ALCs were previously regulated by the Law On Business Companies, which is obsolete, as well as by the Commercial and Civil Codes of Ukraine, which are often ambiguous.

“Overall, the Law provides for separate regulations for LLCs and ACLs, which are clearer and more precise in comparison with previous legal acts,” she said.

The new law will come into force three months after its publication in the official parliamentary newspaper, Holos Ukrainy.