Carbon emissions from the transport, farming, building and waste sectors must reduce by 30% by 2030, suggests the European Commission—a proposal which the European Parliament supports. 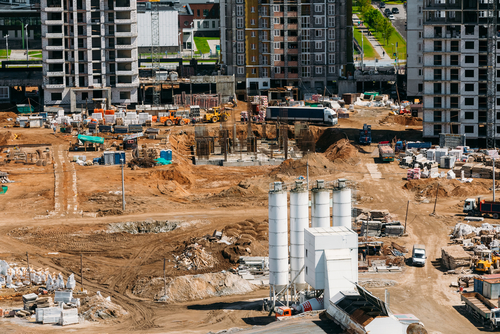 Construction is one of the sectors targeted by tougher CO2 limits. Photo: Grisha Bruev / Shutterstock

The European Parliament’s environment committee has backed laws proposed by the European Commission for drastic CO2 emission cuts in the transport, farming, building and waste sectors.

Emissions from these sectors, which are outside of the EU’s emissions-trading scheme, must come down by 30% by 2030, according to the Committee.

Transport, agriculture, building and waste together account for about 60% of greenhouse gas emissions in the EU.

The European Commission proposed a directive to cover these sectors in July 2016, as part of an effort-sharing proposal to impose limits on sectors not covered by the trading bloc’s emissions-trading scheme.

Transport, agriculture, building and waste together account for about 60% of greenhouse gas emissions in the EU. Under the 2015 Paris Agreement on climate change, the EU pledged to reduce emissions from all sectors by 40% from 1990 levels.

The Committee said it had taken an even tougher line than the Commission. Member states must, for example, already follow an emissions-reduction pathway as of June 2019, rather than the Commission’s proposed 2020. This is to avoid a situation where member states postpone reductions and even allow emissions to increase initially.

“Our vote transforms the European commitments under the Paris agreement [on climate change] into concrete targets and actions,” said Gerben-Jan Gerbrandy, the liberal lawmaker in charge of the proposal. “But we are still far away from a truly low-emissions development pathway that keeps temperature increase within safe levels.

“More emission cuts are required to hold warming within safe levels. Europe, as well as other parts of the world, will have to work immediately on proposals for additional emission cuts.”

The Committee’s draft will be put forward to the European Parliament’s plenary in March. It must be approved by a majority vote by the full Parliament and by EU member states.