Sordid details about the treatment of hostesses at a men-only charity event, co-chaired by David Meller, has seen him quit the education department’s board. 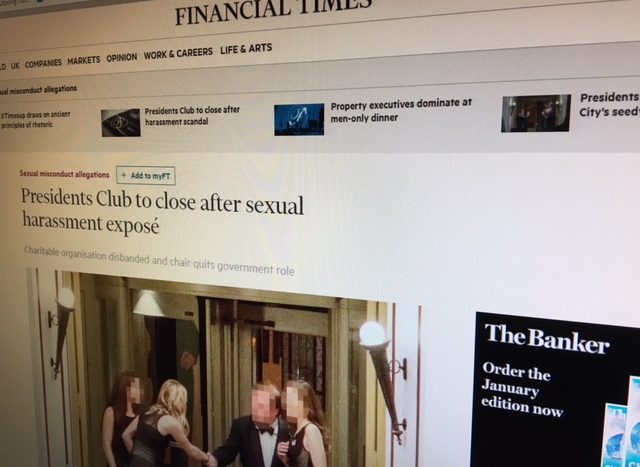 The FT's revelations about the Presidents Club

David Meller has stepped down from his non-executive role at the Department for Education after revelations about a charity event that he co-chairs were published yesterday.

The Financial Times revealed sordid details about the treatment of female hostesses at the President’s Club charity event, where all guests were male. Meller played an integral role in running the annual bash.

Education minister Anne Milton said yesterday that Meller was leaving the DfE role, in which he had served since June 2013, and had quit the Apprenticeship Delivery Board.

A statement from the Meller Educational Trust, which specialises in improving secondary education, said that Meller had taken a “leave of absence” as a trustee with immediate effect.

“The Trust is absolutely committed to equality of opportunity and respect for all members of society,” the Trust said. “We are appalled to hear reports of what happened at the Presidents Club dinner. We, as trustees, wish to express our sympathy to those women who have been so badly treated.”

A number of businesses sponsored a table at the event, including advertising agency WPP, spread-betting company CMC Markets and real-estate investment firm Frogmore, according to reports.