The first governance code was launched in Britain 25 years ago, following a set of corporate scandals. Since then, governance has evolved to tackle more complex challenges that are no longer local—they’re global, and they’re pressing. 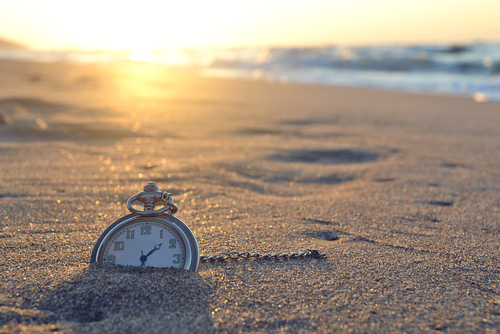 On December 17, 2010, Tarek el-Tayeb Mohamed Bouazizi, a street vendor, set fire to himself in protest at being harassed by the police in the provincial Tunisian city of Sidi Bouzid. In this act of desperation, he could not have anticipated what followed. His self-immolation sparked the Tunisian revolution and helped trigger the wider Arab Spring.

That seems an unlikely place to start a discussion about corporate governance, but it’s not really my connection. Earlier last year (and excuse the name-dropping) I interviewed Lady Lynn Forester de Rothschild about her organisation Inclusive Capitalism, a movement devoted to recalibrating capitalism to ensure its benefits are enjoyed much more widely.

If we don’t fix the problem, the risk is more social unrest—potentially even a threat to capitalism itself.

Lady Lynn, like many others, argues that the financial crisis of 2008 starkly revealed capitalism’s flaws, the very faults that are “at the root of the social and political dysfunction” affecting the world. She then drew a straight line from that dysfunction to Bouazizi, saying that he set himself alight, not for politics, but for “economic justice”. And if we don’t fix the problem, the risk is more social unrest—potentially even a threat to capitalism itself.

Inclusive Capitalism’s chosen solution is to apply the concept of “economic justice” to the way companies are run, or corporate governance. And the way they are run should reflect societal demand on big corporates because, if the financial crisis taught us anything at all, it is that in this interconnected, global world, where capital crosses borders and the actions of a board in one country can have dramatic effects on people in another, we can no longer escape the notion that companies have a societal responsibility. And public trust in global companies, in globalisation itself, is broken.

“I think that directors need to ask a lot of questions about the long-term strategy and how the intangible aspects of a company are being managed to create long-term value, at the environmental level, at the social level and certainly at the ethical level,” said Lady Lynn.

It’s now 25 years since the first governance code was launched in Britain—the Combined Code on Corporate Governance—following a series of well-known scandals: Polly Peck, the Bank of Credit and Commerce International (BCCI), the Robert Maxwell affair and, of course, Guinness.

Looking back at those events they appear to be a peculiarly domestic set of problems, parochial even, when compared with today’s issues. Yes, we still have our fair share of local scandals. But boards are grappling with a set of threats (and opportunities) that transcend borders: the financial crisis; climate change; cybersecurity threats emanating from anywhere in the world; advances in artificial intelligence and robotics; supply chains that span the globe; people trafficking and modern slavery.

Add to that picture immense political change, huge wealth inequalities (economic justice), and a late realisation that we need to do more about gender equality and ethnic representation, and you have the current business environment. The challenges are no longer local. They’re global, and they’re pressing.

Purpose of the corporation

Economic justice? Survival of the plant? Which boardroom could have imagined these as corporate governance issues 25 years ago? And yet that is where we are. And to tackle that, boards, regulators and politicians have had to ask some pretty searching questions, the biggest one of which is about purpose. What is the purpose of the corporation?

Blindly pursuing short-terms gains for shareholders is a dog that has well and truly had its day.

About 18 months ago I was at a conference when it was suggested to a room full of institutional shareholders that the purpose of a corporation could no longer be defined by a need to build shareholder value. The comment was met by barely stifled gasps around the room, but I doubt anyone would challenge that idea now.

Just look at Lady Lynn’s comment. Embedded there is the idea that blindly pursuing short-terms gains for shareholders is a dog that has well and truly had its day. Employees, suppliers and society all now share equal consideration alongside shareholders.

To be brutally honest, though, this was written into the UK’s Companies Act back in 2006 in the oft-quoted Section 172. However, it is only in recent years that companies and rule-makers have come to terms with those ideas and their implications for governance, corporate strategy and boardroom decision-making.

But they have, and there has been much activity, locally and internationally, to transform the behaviour of companies. Even as I write this the Financial Reporting Council is preparing a fresh review of the governance code, one which is likely to address the current burning issue: corporate culture. Previous reviews have produced measures on risk disclosure, audit committees and going-concern statements. Companies in the UK are now required to produce strategic reports and long-term viability reports.

International bodies have been busy too. The United Nations has agreed principles for business and human rights, as well as the Sustainable Development Goals (SDGs), which will, I am sure, become a key reference point for big companies and how they judge their impact on the world. The OECD has drafted a guide to governance best practice, and a special G20 task force last year published guidelines on the financial disclosure of climate change risk.

Other bodies have sprouted to gain significant influence: the International Integrated Reporting Council, backed by Prince Charles, has developed a new form of sustainable reporting that has been adopted by companies and professional bodies across the world; a host of organisations now offer to rate corporate performance against environmental, social and governance (ESG) metrics; fund managers have put together sustainable funds for ethically minded investors; and markets have introduced indexes, such as the Dow Jones Sustainability Indices, to help with the right kind of benchmarking.

Investment funds, stung by criticism of their poor stewardship in the run-up to the financial crisis, are now paying close attention to the way companies are run.

An eye for the long term

What all these developments have in common is an eye for the long term. This is now the key concept in business strategy and in governance. Lady Lynn captures the idea in her comment; it forms the underlying principle for the UN SDGs; and it is at the heart of integrated reporting, or any other form of sustainability reporting for that matter.

But the phrase is also now threaded through the UK governance code. Since, 2010, in fact, the preamble of the code reads: “The purpose of corporate governance is to facilitate effective, entrepreneurial and prudent management that can deliver the long-term success of the company.” There, “purpose” and “long term” in the same sentence—it couldn’t be any more explicit.

These ideas are inextricably linked. You can’t get to “long term” unless you’ve asked a question about “purpose”. And if you begin to address a need for long-term solutions and business models, you start to dramatically change behaviours.

Governance has been recast as a conduit for preserving the environment, improving working conditions and tackling economic injustice.

Global problems, the purpose of corporations and thinking long term are not new issues. Activists, campaign groups, academics and politicians of a particular hue can quite rightly argue that they’ve been banging on about the role of large corporations and their influence on people, society and the environment for decades.

But those three factors now have a firm grip on the development of governance. Governance has been recast as a conduit for preserving the environment, improving working conditions and tackling economic injustice. When Theresa May came to power she pledged herself to “social justice”, and one of her chosen weapons in the fight was improved corporate governance, an echo of the reflections by Lady Lynn on the death of Tarek Bouazizi.

The constituents of governance are no longer just board members and shareholders, but the public at large. They always were. It’s just that, driven by new motivation, the idea seems to have caught hold, profoundly.

And what are those motivations? In the wake of the financial crisis, the evolution of governance is about restoring trust in companies. But that is not where the story ends. The larger agenda for governance is helping to reshape capitalism itself.

This article was first published by the Financial Reporting Council as part of events marketing 25 years of the UK Corporate Governance Code.