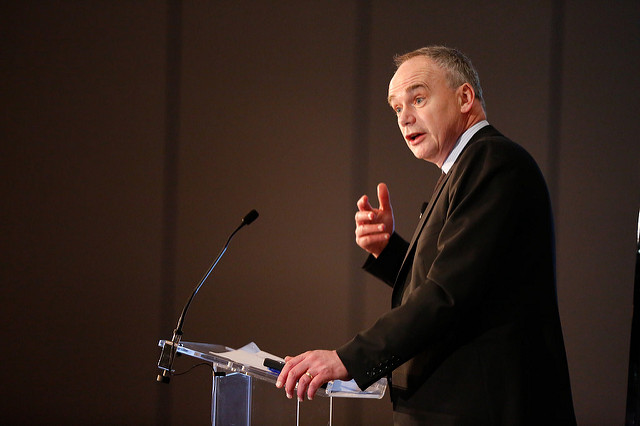 The biggest shareholder revolt of the year in the UK over boardroom pay was at Pearson, the education group, where almost two-thirds rejected the company’s remuneration report.

According to a new public register of shareholder voting, hosted by The Investment Association, Pearson saw more shareholder votes against its pay report this year, at 65.59%, than any other listed company.

Following closely was Crest Nicholson, the housebuilder, with a 58.12% vote against, and the first company of the year to see shareholders make a stand over executive pay.

Crest Nicholson’s pay revolt centred on falling profit targets, with the remuneration report detailing a drop from 16%–20%, to 5%–8%, before share bonuses would be triggered.

The Investment Association proposed the public register in its response to the government’s consultation “green” paper on corporate governance, published in November 2016. The body was then asked to set up the register by business secretary Greg Clark in August this year as part of an effort to tackle rising executive pay.

The register, promised by the end of 2017, lists all votes where shareholder opposition amounts to 20% or more.

At the time, Clark said: “Most companies are proactive and thoughtful when it comes to responsible business practices.

“But there are a small minority of firms that threaten the reputation of business with their behaviour, including ignoring shareholders’ concerns about executive pay packages.

“This first-ever register will help shareholders to publicly hold these companies to account.”

Chris Cummings, chief executive of The Investment Association, said: “This public register will help sharpen the focus on the those who must do more, enabling our members to hold the country’s biggest businesses to account and leading to better-run companies.”

Many companies make the remuneration report rejection list, including some of the UK’s biggest names: WPP, Burberry, AstraZeneca and WM Morrisons Supermarkets.

The top ten votes are: 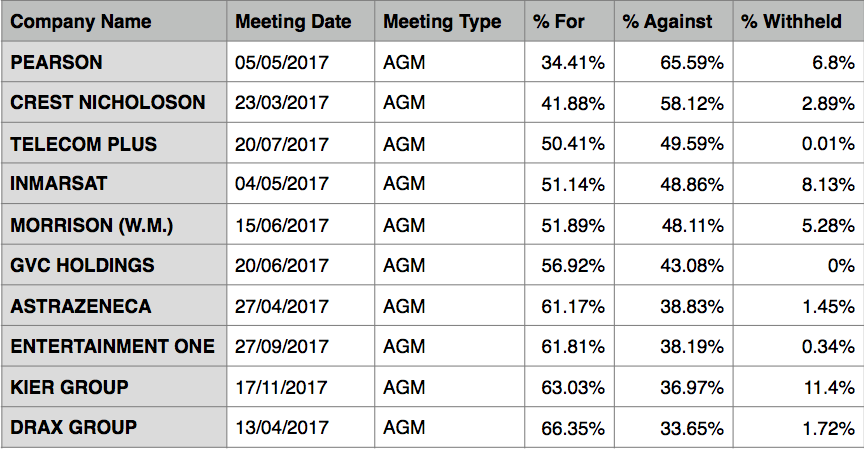 The register also records votes against directors’ reappointments. The largest revolt came against Peter Hambro, chairman of Petropavlovsk, the gold mining company, who suffered a 69.87% vote against him remaining in post. He was forced to step down. Three other Petropavlovsk directors saw big votes against them.

The next biggest vote against a director in another company was Trevor Shultz, a non-executive at another gold mining firm, Centamin, who saw a 65.15% vote against him staying on.

The top 15 votes against reappointment are: 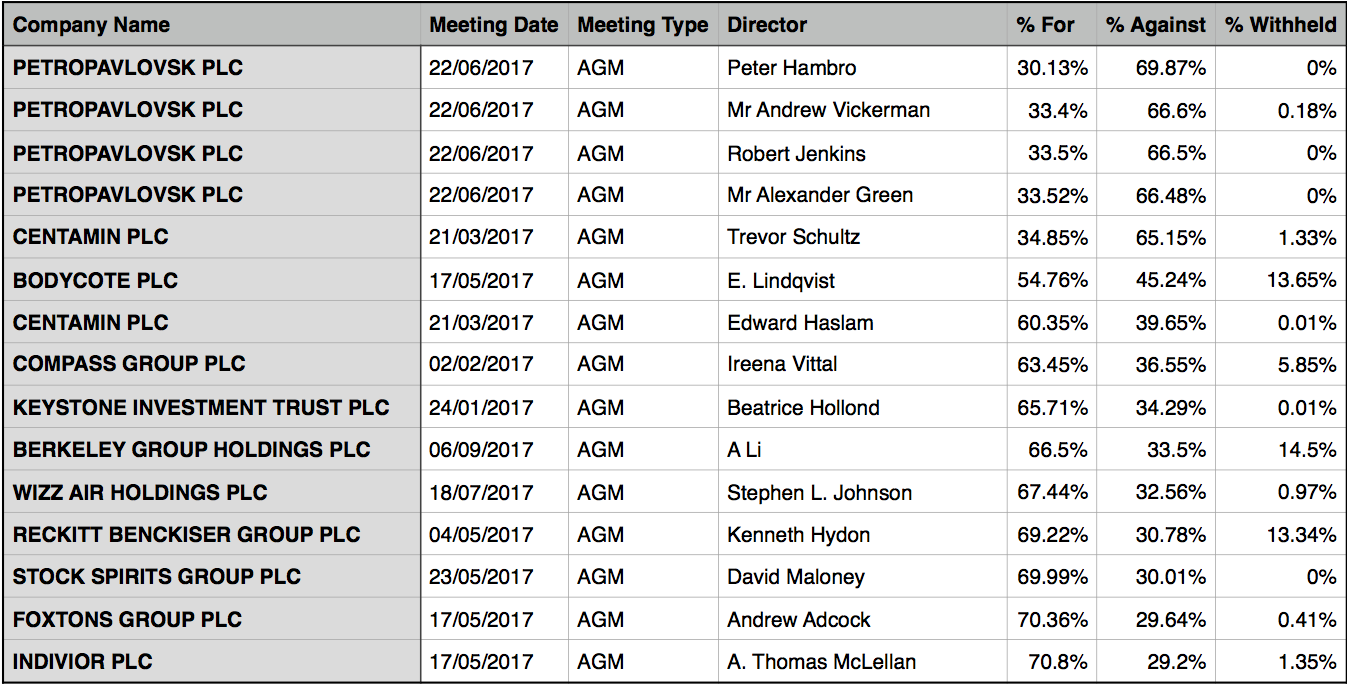