Energy giant ExxonMobil has given in to pressure from investors and campaigners, and says it will begin to report on the impact of climate change on its business. 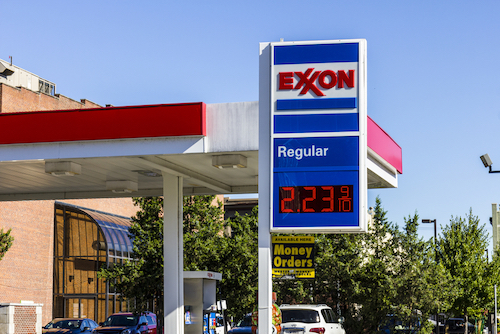 ExxonMobil, the US energy giant, has bowed to shareholder pressure and will publish a report on the impact of climate change on the company’s business.

In a regulatory statement made yesterday, Exxon said the board had reconsidered a proposal from the New York State Common Retirement Fund, and will push ahead with a climate change statement.

Exxon said: “Consistent with ExxonMobil’s corporate governance guidelines, the company’s board of directors has reconsidered the proposal requesting a report on impacts of climate change policies (Item 12) that the New York State Common Retirement Fund submitted for the 2017 annual shareholders meeting.

“In reconsidering the proposal, the company sought input from a number of parties, such as the proponents and major shareholders. As such, the board has decided to further enhance the company’s disclosures consistent with the Item 12 proposal and will seek to issue these disclosures in the near future. These enhancements will include energy demand sensitivities, implications of two degree Celsius scenarios, and positioning for a lower-carbon future.”

The statement marks a major milestone for the energy company, which had previously resisted the need for a climate change report. The statement carries added poignancy, given the US withdrawal from the Paris agreement on climate change to keep temperature warming to a 2°C maximum.

Though Exxon cites the New York State Fund, up to 50 groups—including shareholders and climate change activists—had called on the company in May to publish a climate impact assessment. Investors such as the Church of England, BlackRock and Vanguard had backed the calls.

Exxon’s move heads off another potential clash with shareholders at the next major meeting, the AGM in May next year.

The company’s website says it has concerns about climate change: “The risk of climate change is clear and the risk warrants action. Increasing carbon emissions in the atmosphere are having a warming effect. There is a broad scientific and policy consensus that action must be taken to further quantify and assess the risks.”

It adds: “Addressing climate change, providing economic opportunity and lifting billions out of poverty are complex and interrelated issues requiring complex solutions. There is a consensus that comprehensive strategies are needed to respond to these risks.”