A new law designed to protect whistleblowers who report crimes or irregularities witnessed at their workplace in the public and private sectors has been approved by Italian lawmakers. 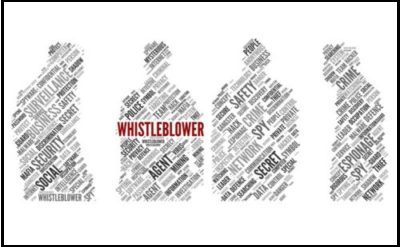 A new law designed to protect whistleblowers who report crimes or irregularities witnessed at their workplace in the public and private sectors has been approved by Italian lawmakers.

Draft law C. 3365-B on whistleblowing will oblige both public and private companies to set up a whistleblowing scheme to handle notifications and to ensure that no discriminatory actions are taken against whistleblowers.

Whistleblowing protection will be afforded to individuals who submit a good faith report concerning unlawful conduct, provided such a report is based on reasonable belief and factual elements. However, those who, with gross negligence or fraud, file reports about unlawful conduct that are revealed to be unfounded could face sanctions.

Companies will need to introduce organisational models that simplify the whistleblowing reporting process, and protect the identity of the whistleblower and the confidentiality of the reports.

Any retaliation or other discriminatory measure against “good-faith whistleblowers”, including termination, demotion, transfer or other organisational action, will be null and void, and fines can be imposed on entities found in breach. It will be up to the employer in such cases to show the adoption of such measures was not a consequence of the employee’s report.

The draft law has been approved by both the Chamber of Deputies and the Senate and is due to be signed into law by the president in the next month.

When the law is passed, Italy will become only the eighth country in the EU to adopt full protection for whistleblowers, along with Ireland, the UK, Sweden, Slovakia, Hungary, France and the Netherlands. This is despite a recent study by the European Commission showing that in countries where whistleblower protection is in place, the economic benefits of protecting whistleblowers far outweigh the costs faced by the public sector to set up and maintain whistleblowing laws.

A spokesperson from EU whistleblowing pressure group, A Change of Direction, said: “Now that the Commission has economic justification for protecting whistleblowers and more and more countries including Italy have adopted whistleblowing laws, there are no legitimate reasons to keep postponing a EU directive to protect whistleblowers across Europe.”

A resolution adopted by the European Parliament last month calls for the European Commission to propose EU-wide legislation on the protection of whistleblowers by the end of this year which covers both the public and private sectors. The resolution however, is non-binding.