Guidance from the US financial watchdog widens the use of a rule which allows companies to exclude shareholder proposals, potentially making it easier for companies to resist votes on social or ethical grounds. 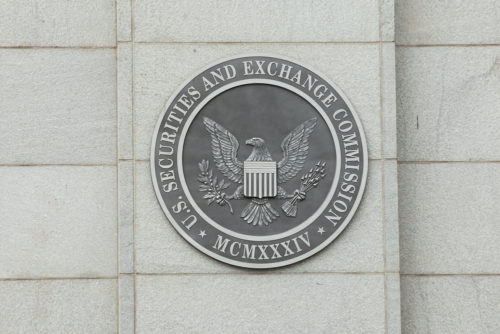 The Securities and Exchange Commission (SEC), the US financial watchdog, has beefed up the guidance for shareholder proposals, potentially making it easier for companies to resist votes on social or ethical grounds.

In a legal bulletin posted this week, the regulator revealed guidance saying shareholder proposals could be excluded if they relate to “less than 5% total assets, net earnings and gross sales”.

The bulletin said: “Under this framework, proposals that raise issues of social or ethical significance may be included or excluded, notwithstanding their importance in the abstract…”

The bulletin comes from the corporation finance division of the SEC and relates to “14a-8(i)(5)”, which contains provisions for the grounds on which a company may exclude shareholder proposals—a so-called “no action request”. The SEC’s conclusion is that the rule has been narrowly applied until this time.

Reuters reported comments from the SEC, saying the guidance, published this week, “was not meant to tilt the scales”.

It added: “Accordingly, going forward, we would expect a company’s no-action request to include a discussion that reflects the board’s analysis of the particular policy issue raised and its significance. That explanation would be most helpful if it detailed the specific processes employed by the board to ensure that its conclusions are well informed and well reasoned.”

As part of its discussion the SEC writes in the bulletin that “determining whether a proposal is ‘otherwise significantly related to the company’s business’ can raise difficult judgment calls.

“Similarly, we believe that the board of directors is generally in a better position to determine these matters in the first instance.”