Chinese appetite for European investment has become ever more sophisticated, but it still pays for both parties to be aware of cultural and operational differences that may arise. 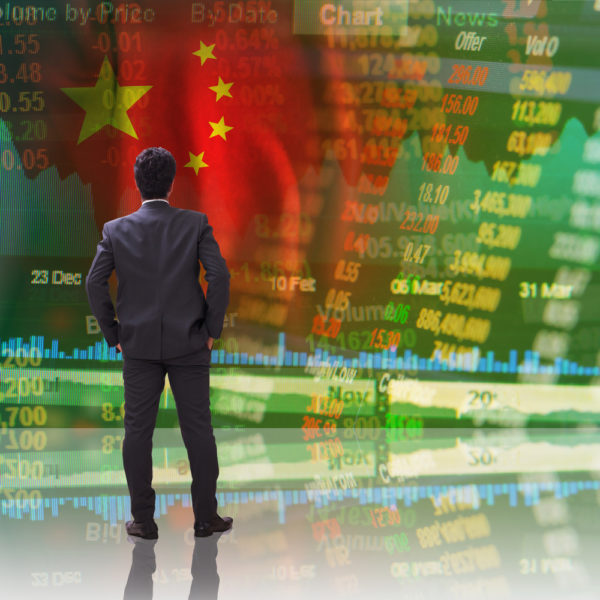 Five years ago if European companies—irrespective of the industry sector—were seeking new investors, they could count on direct foreign investment from China. Indeed, Chinese ownership of European organisations is deeper and more widespread than is often imagined.

Today, however—although there is arguably more money to invest—the tenor of Chinese investment has changed. Their interests have matured, their approach is more sophisticated and they have become focused on specific target markets. In short, the Chinese appetite for European investment has refined.

Nikko Fu, senior manager of Mazars’ Global China Services in France, says: “We see more Chinese companies investing in Europe. In the past it would have been luxury brands or industries like agriculture and machinery. But Chinese companies have started to make acquisitions in high-technology industries, such as robotics.

“We also see them take a more mutual approach in their acquisitions. They have come to better understand how to work with European corporates.”

Over the past decade of China’s overseas exploration for investment opportunities in the US and Europe, the country’s investors have acquired masses of critical market knowledge and Western business acumen. Coupled with the Chinese government’s change in tack with the One Belt, One Road (OBOR) initiative—at $900bn possibly the largest overseas investment project ever undertaken by a single country—only European companies in the “right” sectors can rely on Chinese interest.

Originally designed as a way of increasing trade for infrastructure projects along the old Silk Road from China to Europe, OBOR has also become a way for Chinese companies to understand how to build global brands.

Ultimately, OBOR—unveiled by Beijing four years ago—is an initiative to boost domestic growth, which had been lagging, and increase global influence. The potential advantages for European businesses are not insubstantial: 2016 marked a record year for China with outward investment reaching $183bn worldwide. Though new capital rules have seen the rate of investment fall this year, the first three quarters of 2017 saw the figure reach $78bn.

Europe has felt the benefits, proving to be a popular destination for large, private, listed and state-owned Chinese enterprises, with companies such as Huawei, Alibaba, Midea, Fosun and Haier now part of the business landscape.

Huawei, China’s telecom-equipment giant, has invested heavily in European companies over the past five years with no let-up in sight. At the company’s European Innovation Day this year, deputy chairman and rotating CEO Ken Hu reinforced the company’s commitment to ongoing investment across Europe.

There are other players. State-owned chemical firm Chem-China plans to take over Swiss agricultural company Syngenta for £43bn in cash.

Meanwhile, the recent acquisition of German robotics company Kuka, by Chinese electrical appliance manufacturer Midea, is said to herald a significant change as the Chinese investment strategy switches to focus on arrangements in which both parties benefit by working together in high-tech industries: China wins valuable assets and know-how; Europe gains expansion and a bigger marketplace.

Fu says: “Kuka represents a new age of investment because it means that China and Germany have the opportunity to work together in high-end technology industries. When it acquires something, Midea likes to have a global strategy, and to do that they need an overseas base in Europe.”

Under the “Belt and Road” project, China is targeting 65 countries and specific industry sectors. Investments that support the OBOR initiative see a focus on energy and resources, agriculture, research and development, and finance.

While a decade ago there was reticence within the European business community to sell listed or high-end industries like robotics to Chinese enterprises, business leaders in Europe are now more open to potential benefits. The trend has changed as Chinese investors have sharpened their investment approach.

Erik Stroeve, head of global China services at Mazars, says: “Chinese organisations have become more sophisticated, more mature and focused on market knowledge and where they want it.”

Cultural and operational differences continue to arise, even after a takeover or merger. In previous years some Chinese companies would dispose of local workers and management on completion of a takeover, and replace them with Chinese staff. But this would regularly result in problems as a lack of local business knowledge and expertise within the acquired company became apparent.

Evidence has shown repeatedly that Chinese acquisitions have been most successful where the new owners have mixed local management and workers with Chinese employees.

Evidence has shown repeatedly that Chinese acquisitions have been most successful where the new owners have mixed local management and workers with Chinese employees.

According to Stroeve: “We used to see more M&A case studies where it wasn’t going well because Chinese owners completely changed local management. Where they retain a mix of local management and Chinese [management]—that’s the key to success long term.”

Chinese companies are slowly realising that to improve their chances of success overseas in pre- and post-acquisitions they must nurture leadership and talent on both sides, place equal importance on profit and compliance, manage expectations, and understand that there is no standard formula for success. Much depends on the target country and whether the planned deal is a merger, a takeover or a greenfield investment. Younger Chinese leaders are increasingly coming up through the ranks of China’s enterprises with an international mindset that includes a greater understanding of issues such as employment law and compliance.

However, the focus of China’s companies looking to expand overseas can still tend towards profit over compliance. This can sometimes lead to a “firefighting” approach. In the worst cases, this can result in a major loss of business reputation if clients and suppliers refuse to do business with a company considered non-compliant.

The total cost of doing business in Europe—not just pre- and post-acquisition costs—is often underestimated by Chinese investors. That places a premium on Chinese companies taking these costs into account when embarking on overseas expansion. Across Europe, costs regarding regulation, tax and compliance vary significantly, and that must be clear for Chinese investors.

European boards seeking Chinese investment must be aware of cultural variations, keep their focus on compliance and know how to promote their company successes.

Fu says: “The investment costs can be higher in Europe because of laws, regulations, tax and language barriers. And each culture is different.”

European boards seeking Chinese investment must be aware of cultural variations, keep their focus on compliance and know how to promote their company successes. Europe has a great deal to offer Chinese enterprises: brands, profit, market knowledge and talent. Chinese enterprises are particularly interested in understanding the intricacies of successful supply chains. This is a skill set where Europeans excel and one that is highly prized among Chinese businesses.

Industry expertise in areas such as design and innovation, not to mention the vast talent pool Europe enjoys, are business characteristics that are highly respected in China. The OBOR project is ultimately concerned with creating Chinese global brands that will also be sought-after by China’s increasingly affluent domestic consumers. And when it comes to building globally respected brands, European companies are expert.

Fu says: “There’s a lot to attract Chinese investors to Europe: brands, profits, history and talent. When a Chinese company acquires a European company they want to find synergies so they can expand in Europe and then use the brand back in China too. They want to work together to develop the market.”