James Murdoch’s independence as chairman of Sky is questioned by shareholder advisors. 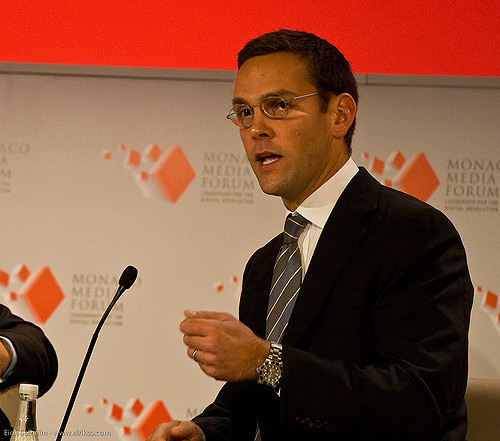 James Murdoch faces investor opposition to his reappointment as chairman of Sky, after a clutch of advisors made it clear they wanted a new face leading the board.

“The chairman James Murdoch is not considered independent upon appointment as he is the former Chief Executive Officer of the Company and he is part of the controlling family.

“It is considered that the Chairman should not be a former Executive and should not be connected [to] a controlling shareholder in order to protect the rights of the minority shareholders. In addition, there are concerns over his appointment as an objective nomination process was not used.”

“The Times reports this morning that Glass Lewis and ISS have also expressed concern about his independence.”

Sky’s AGM takes place on 12 October. PIRC has already recommended that shareholders vote against the reappointment of auditors Deloitte because of the ratio of non-audit to audit fees.

“Non-audit fees represented 94.44% of audit fees during the year under review and 301.14% on a three-year aggregate basis.