Research shows that unconscious bias—affinity bias—may lead recruiters to favour candidates who are like themselves. 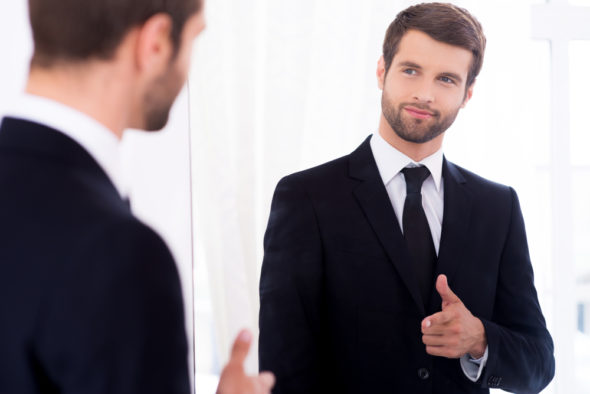 Most people would not consciously decide to hire candidates based on whether they remind them of themselves. But one unconscious bias—affinity bias—may lead people to favour candidates who are like themselves, research shows.

Affinity or similarity bias is where people seek out those who share their backgrounds, group membership, or experiences.

If hiring managers and boards of directors are made up of mostly men who unconsciously engage in such bias, it stands to reason that more men than women will continue to be hired and promoted—particularly men who share the same background with current managers. This only serves to perpetuate the cycle of men outnumbering women in leadership positions.

Gender targets, de-identifying CVs and structured interviews are but a few of the strategies that can help eliminate such bias in recruiting employees.

Imagine you are a doctor who worked tirelessly and at the expense of your social life to pay your own way through medical school. Now in a position to hire or promote someone, you are likely to favour candidates who also made their own way, and to justify your choice by saying they were more qualified as evidenced by their work ethic.

In itself, the process described may not seem problematic. However, in many instances under-represented groups may be unwittingly discriminated against in recruitment due to affinity bias.

This prompts the question of whether boards will eventually become female-dominated as a function of affinity bias by female leaders. It is certainly a possibility, if structural procedures and diversity strategies are not present and enforced.

A 2015 study found there was greater gender parity on academic journal editorial boards when the chief editor was high-performing, a younger professional and a woman (that is, 26% of women on boards compared with 16% under lower-performing and older male editors).

These findings are very promising. They suggest that younger professionals may be more used to working closely with female colleagues than older generations are. This leads them to be more likely to bypass the affinity bias, or even to see the female candidate as part of their “in-group”—regardless of gender.

The more women who are selected for editorial boards when a woman is editor, the more reach leadership positions. This means women will increasingly be appointed to positions that may have once been impeded by the glass ceiling.

This prompts the question of whether boards will eventually become female-dominated as a function of affinity bias by female leaders. It is certainly a possibility, if structural procedures and diversity strategies are not present and enforced.

Increasing gender parity at the highest levels matters. It is a way to break the cycle and provide visible role models to motivate other women to take on leadership positions.

How to combat it

Numerous strategies can be followed to tackle discrimination against women, and members of minority groups, as a result of affinity bias. These include:

Non-structured interviews are a hot spot for affinity bias. Candidates who are like their interviewers are asked to elaborate on tangential comments, increasing their chances of ingratiating themselves.

A lack of structure during an interview also means the interviewer can make their own personal interpretations of questions that are not even relevant to the job description. Therefore, having clear and standardised guidelines to record and interpret responses during an interview is crucial.

Non-structured interviews are a hot spot for affinity bias. Candidates who are like their interviewers are asked to elaborate on tangential comments, increasing their chances of ingratiating themselves.

Several programmes have been put in place around the world to reduce bias in recruitment. The office of the UK prime minister launched an initiative in 2015 to reduce bias through “name-blind” recruitment. Australia’s Department of Prime Minister and Cabinet has piloted a similar intervention.

The Victorian state government has partnered with academics, industry and not-for-profit organisations to create the Recruit Smarter initiative. This aims to develop and measure the outcomes of several strategies to increase diversity at the selection and recruitment stages.

The interventions are focused on both recruitment strategies—like de-gendering the language used in job ads to ensure they appeal to all candidates—and selection strategies, including de-identifying CVs to remove any unconscious bias in decision-making that may be susceptible to details about gender, ethnicity, or even postcode.

There’s enough evidence of the positive impact of reducing bias in employment and the different mechanisms we can use toward this end. It ought to be acted on.