When should boards take a more proactive approach to governance and strategic decision-making? Research shows that non-executives needn’t wait for a crisis to intervene. 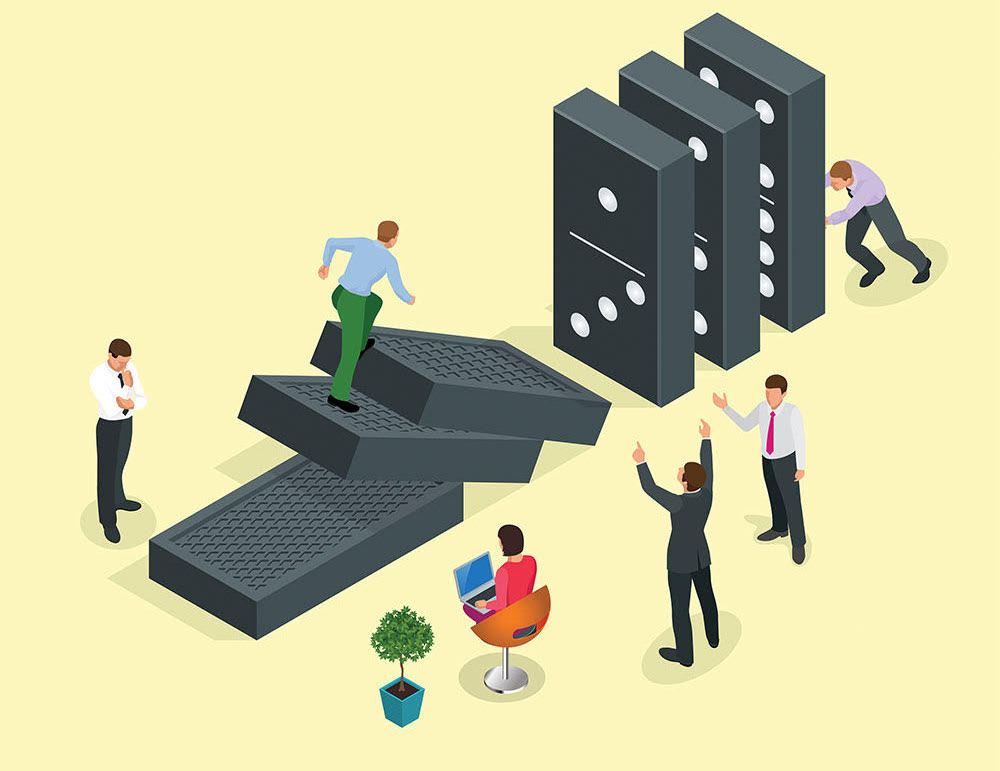 Boards are supposed to provide governance and oversight of strategy and activities pursued by senior management. But the approach they take to fulfilling this role can vary considerably.

Often, mindful of an expectation that board members should behave in an “engaged but non-executive” manner, boards tend towards the passive monitoring of management decisions.

However, well-publicised corporate scandals, such as the VW emissions debacle and recurring failures in financial services, suggest that there is work to be done to improve governance and oversight systems. Perhaps a more proactive, interventionist approach is needed from non-executive directors.

During a period of crisis there is clear evidence to suggest that an active, interventionist approach may be essential for a firm’s survival, even if it blurs the boundaries between executive and non-executive.

As part of my research work I tracked board behaviour in a large financial services organisation during a period of crisis. Extensive interviews with several board members, coupled with access to board accounts and minutes, provide a fascinating and informative insight into the board’s behaviour and attitudes over a three-year period.

The information gathered highlights a connection between certain types of board behaviour and specific operational circumstances, and raises some important issues concerning board effectiveness.

During a period of crisis there is clear evidence to suggest that an active, interventionist approach may be essential for a firm’s survival, even if it blurs the boundaries between executive and non-executive.

Management in a time of crisis

The challenges for the MultiBank Group board began in 2000, soon after its acquisition of EurInsurance, a well-established insurance firm with a presence in 16 countries. The purchase, part of MultiBank’s global expansion growth strategy, reflected industry trends to integrate banking and insurance activities following deregulation of the financial services market.

Structurally, the MultiBank Group was split into an investment bank arm and MultiBank—a traditional bank with private, retail and corporate banking servicesincluding the newly acquired EurInsurance subsidiary. The purchase was well-received by analysts and commentators, initially helping to boost the Group’s value.

However, a worldwide stock-market slump, beginning in early 2000, cast doubt on the wisdom of the acquisition. Losses mounted in the European insurance industry, which was overexposed to global stock markets, and by year-end 2002, MultiBank announced substantial write-offs due to EurInsurance’s equity investment losses.

During 2002, the Group lost more than half of its 2000 market value. The financial downturn was accompanied by internal upheaval as several senior banking and insurance managers were forced to leave. And the downgrading of MultiBank’s credit rating by an international rating agency in 2003 posed a serious threat to the survival of the Group in its existing form.

So how did the board, which comprised non-executive directors but had been led by MultiBank’s CEO, respond to the rapid decline in the Group’s fortunes? In theory, the approach that boards take to their governance role can vary, from hands-off passive monitoring to hands-on actively interventionist.

One useful indicator of the board’s approach is its attitude to dealing with the information used to support board decision-making processes. The type, quality, and frequency of information received by the board is central to the board’s ability to fulfil its governance role.

Understandably, there may be a tendency for senior managers to supply information that supports a particular narrative—that is, management’s perspective on the organisation’s optimal strategy and course of action.

However, it is not always easy to get good visibility on the financial and non-financial aspects of the business, which are critical for risk assessment and governance. For a start there is the issue of whether the organisation measures the “right” things. Plus, it depends on how information reaches board members.

The internal workings of organisations can be opaque, and board members are time-pressured. To a large extent, much information provided routinely to the board, including key financials for example, stems from internal functions such as accounting and risk management, and is then filtered through and standardised by senior management.

Understandably, there may be a tendency for senior managers to supply information that supports a particular narrative—that is, management’s perspective on the organisation’s optimal strategy and course of action.

Equally, non-executive directors might rubber-stamp management proposals, using information passively rather than as a tool to interact with management and interrogate proposals.

My research reveals a stark contrast between the board’s approach in the run-up to the crisis, compared with its actions during the crisis and subsequent recovery.

When MultiBank’s internal affairs appeared to be in order and its financial performance positive, the board, including the non-executives, adopted a more passive monitoring approach. The board focused on group-level financial results, regulatory ratios (capital adequacy), and external recent events (legal issues associated with the Enron scandal).

Typically, interaction between the board and the senior management team involved management presenting information or proposing suggestions, and the board acknowledging, approving and authorising.

However, as the crisis took hold and financials turned negative, from 2002–2004 the board’s behaviour—and the information that it worked with—changed in a number of important ways. From mid-2002 onwards, the board exerted increasing influence and control over senior management and the operations of MultiBank and EurAssurance.

The overall approach became far more proactive and interventionist. The style of board management interaction assumed a “proposal—discussion—intervention” pattern. All crisis-management-related proposals from management were now substantively discussed by the board, challenged, and often rejected in their submitted form and returned to management with suggestive or directive guidelines.

The executive team’s composition changed. The CEO at MultiBank and the CEO, CFO and CRO at EurInsurance were all replaced. For the first time, a board-level risk-management committee was set up, also at the board’s request.

The non-executive directors adopted a more active role in deciding what information it required in order to deal with the crisis. Now the board requested different metrics to those originally provided by management. They began to use economic risk capital data, rather than available capital, to get a better perspective on risk, and provide better visibility to external stakeholders, for example.

The board took a more active interest in the organisation’s internal operations and strategy. In particular, it was concerned that management should take steps to preserve MultiBank’s credit ratings and prevent problems at EurInsurance contaminating the rest of the Group.

The board also discussed the need to adjust Group strategy post-recovery in order to re-establish capital flexibility, including paring back some business areas and potential sales.

In terms of the non-executive directors’ exercise of control, one particular sequence of events stands out. In 2003 senior management presented two strategic options for the medium term, which tied in with the intention to sell parts of the business: trim EurInsurance down to a home country insurer, or keep it as an international business while selling select parts.

Management recommended the second option even though it required further injections of capital. The board demurred, instead commissioning an independent strategic review of the Group’s strategy.

In June 2004, having received the results of the external review and consulted with management, the chairman took the unusual step of making the case for a major strategic overhaul. This was announced in an extraordinary board meeting, with no executive directors present.

The board agreed to dismantle the bancassurance business model, tasked management with devising a suitable strategy to deliver it, and shaped the terms of that strategy.

By December 2004, the Group was returning to profitability, and the board was taking a less interventionist approach.

This case study focused on the financial services sector. However, the changes in the board’s approach, from independent oversight to engaged advisory, would be rational and necessary for any board of a large corporation when responding to challenging internal and external circumstances.

Indeed, the findings have important implications for both practitioners and policymakers. Interactive board operations, vigorous scrutiny of management, debate and discussion and active intervention can all present a daunting prospect for nonexecutives, especially in the face of assertive management.

The level of control exerted over strategic decision-making may only be necessary in times of crisis. Nevertheless, boards can still take a more proactive role in determining how and what information is used to support board decision-making.

Yet such behaviour may be crucial for corporate survival, and board members need the skills and characteristics to act in a similar manner, if required. This includes the basic financial knowledge needed to analyse and utilise risk and accounting data.

The level of control exerted over strategic decision-making may only be necessary in times of crisis. Nevertheless, boards can still take a more proactive role in determining how and what information is used to support board decision-making.

A good starting point might be some of the improvements identified by the MultiBank board, notably the need for “increased granularity of individual business results”, “educational sessions about new trends and developments” in their industry, and improvements in the “timing of the distribution of preparatory materials”.

As the research suggests, narrow descriptions or interpretations of the role of non-executive directors, in terms of the extent of their involvement in shaping corporate strategy or exerting control over operations, for example, may restrict their ability to act effectively when it is most needed.

Anette Mikes is professor of risk management and accounting at the University of Lausanne.