In the second part of their global INSEAD report on successful board chairs, Stanislav Shekshnia and Veronika Zagieva compare factors such as culture, shareholder and executive relationships, and meeting preparation. 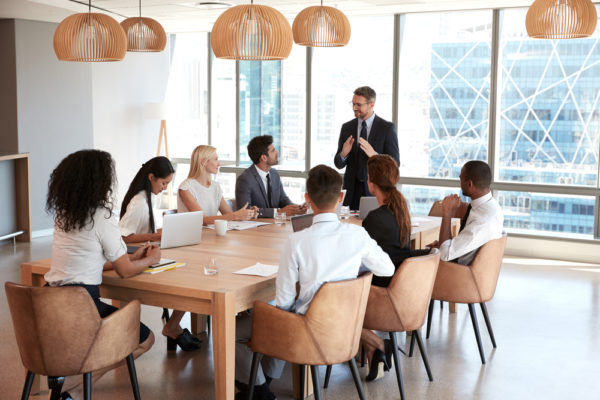 How culture impacts the role of a board chair

But what happens when the difficult person is a member of a company’s board of directors? Depending on the national culture, they may be shouted down, taken outside for a quiet word or offered professional help.

Board chairs across the globe generally have the same essential priority: to lead the board and the organisation. But the methods they employ across borders hold cross-cultural lessons for international chairs as we found in our recent study of chairs in Belgium, Denmark, Italy, the Netherlands, Russia, Singapore, Switzerland, Turkey and the United Kingdom.

One chair of a British board described how a director talked far too much and had to be told in the meeting, “Thank you. Now we need to hear from other board members.”

Culture impacts the way a chair works with a director who might be out of line. One chair of a British board described how a director talked far too much and had to be told in the meeting, “James, thank you. Now we need to hear from other board members.”

A Belgian chair described how he left the boardroom when a director became unmanageable. Less confrontational cultures, like Singapore’s, prefer to have any unpleasant communication outside the boardroom, or “offline”. According to one chair in Singapore, “When the board is not happy with performance and there is a difference in view between the board and management, it is taken offline.”

In the UK, chairs mainly strive for balance, fairness and transparency. In Turkey, social relationships are paramount. In Russia, chairs do not mind voting, while in other countries like the Netherlands, Belgium or the UK, they try to avoid voting at all costs, preferring to come to decisions by consensus.

Across all countries studied, all chairs see their main function as leading the board and interacting on behalf of the board with key stakeholders: shareholders and management, mostly the CEO.

Our chairs from the UK seek balance between proactivity, equality and fairness when dealing with shareholders. Several chairs emphasised that they don’t distinguish between majority and minority shareholders in their dealings. Fairness and balance are important.

When dealing with shareholders, chairs of Dutch boards—who speak about taking their organisations “to the next level”—strive for a balance between involvement, fairness and independence.

Undivided loyalty to shareholders was the cornerstone of the Belgian chairs’ work. There, the chairs contact representatives of controlling shareholders before board meetings.

Danish chairs say it’s important to be aligned with the key shareholders’ expectations whilst maintaining authority as the chair.

Establishing a good relationship with shareholders is one of the top priorities for the Italian chairs we interviewed. Contact is important: “It’s very important to solicit follow-up without leaving too much time to distort memories” after board meetings, said one chair of an Italian company.

Danish chairs say it’s important to be aligned with the key shareholders’ expectations whilst maintaining authority as the chair. One chair described how to run in-depth interviews with such shareholders to draw out their priorities, complete with a matrix of expectations.

Equality amongst shareholders is not a relationship priority in Russia. There, the most powerful shareholder is the number-one stakeholder. “I always remember who nominated me as chair!” one exclaimed. When the government is a majority shareholder of a Russian company, the chair is a conduit rather than a partner. Informal ties are also important in chair-shareholder relationships.

Swiss chairs emphasised that they worked primarily for the company, not the shareholders.

Relationships with the executive team

Relationships with CEOs are often a proxy for the chair’s relationship with the management team. Generally coming from a CEO background, our board chairs from all countries described their relationship with the top executive as very important, covering areas such as information sharing, setting board agendas, strategy development, key nominations and compensation decisions.

However, there are some noticeable differences between countries.

Investing time in supporting their CEOs is important for Swiss, Dutch and Belgian chairs.

Several countries reported a mentoring relationship with CEOs, specifically Denmark, Italy and Singapore. One chair in Singapore said: “The management team comes to me for advice since I am old! I mentor them. We have a Socratic encounter and I teach them to think by asking questions.”

Mentoring encompasses not only the CEO, but also the executive team in Turkey. Several respondents were CEO and chair of the board at the same time, or former CEO of that company. They were close to their CEOs and one Turkish chair described how he provides mentoring to his CEO’s direct reports.

Russian board chairs also have very close relationships with their executive teams; the chair may have an office at the company, next to that of the CEO.

Relationships with the board members

Good relationships between directors must be cultivated to make effective decisions. The way this relationship is fostered depends on the culture of the country and, to some degree, the corporate culture.

Dinner, for example, is more than a meal for many boards; it’s a place to communicate, find out more about fellow directors and solidify existing ties.

Dinner, for example, is more than a meal for many boards; it’s a place to communicate, find out more about fellow directors and solidify existing ties. Spouses attend these dinners, according to our Singapore chairs, and directors are invited to their homes during the festive parts of the year—further cementing relationships.

Relationships with board directors are built on collaboration for Swiss chairs. Those who can “play as a team” are most welcome on the board. Chairs there, like in Singapore, ask questions in a Socratic way, in order to solicit other points of view.

In terms of cultural preferences, in some countries, like Russia, voting is an acceptable practice. One director in Russia said, “Voting is a legitimate instrument. When I use it, board members do not have bad feelings, even those who voted against the decision taken.”

Yet in the Netherlands, consensus is the norm. Dutch chairs would rather put off decisions if they are too contentious. Italian boards look for alignment.

Structured meetings are planned and timing is strictly followed; those who deviate from the discussion at hand are disciplined.

In Turkey, we found that discussions are facilitated in one of three ways: structured, semi-structured and delegated facilitation. Structured meetings are planned and timing is strictly followed; those who deviate from the discussion at hand are disciplined.

Semi-structured facilitation allows for the addition of items to the agenda and includes breaks when needed. Delegated facilitation can involve a professional facilitator who runs the meeting so the chair can participate as a director.

Pre-meeting preparation is important across the countries surveyed. British directors invest time and energy in pre-meeting preparation. This involves arranging the induction of new board members, contacting directors about the agenda, encouraging them to spend time at the company and having dinner with executives to avoid any surprises.

Belgian chairs are meticulous about starting board meetings on time; late arrivals are not welcome. Turkish chairs may extend their emotional style of interaction into the boardroom.

The work of a chair differs across national boundaries, but directors often have similar expectations about the chair. As one respondent said: “The best chair is the chair with an empty head”, i.e. the chair should concentrate on facilitating the work of the board and enable it to make decisions.

But how to do that will differ based on where they are.

In a forthcoming article, we will consider the future trends of board leadership, based on our report, Board Chairs’ Practices across Countries: Commonalities, Differences, and Future Trends. Our previous article, also based on this report, highlighted the three Es of effective leadership for the board chair.

Stanislav Shekshnia is an INSEAD senior affiliate professor of entrepreneurship and family enterprise. He is also the co-programme director of Leading from the Chair, one of INSEAD’s Board Development Programmes, and a contributing faculty member at the INSEAD Corporate Governance Initiative.

Veronika Zagieva is a project manager at the Talent Equity Institute, an internal Research & Development division of Ward Howell. She specialises in research on the topics of leadership and corporate governance.