Everyone wants executive behaviour to improve. But the solution cannot just be to increase regulation—the answer lies in better managerial education and audacious corporate governance reform. 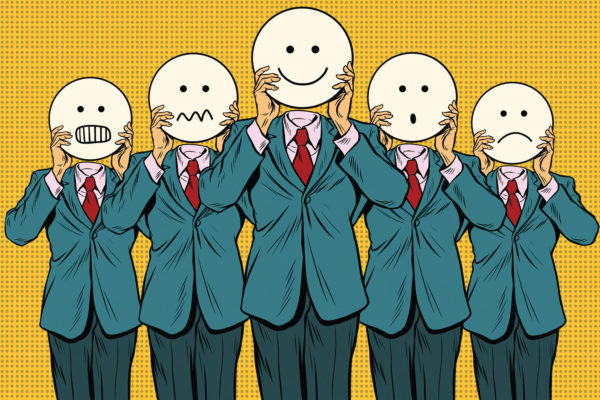 The prime minister’s introductory letter to the government’s Green Paper on corporate governance reform in November 2016 explained that one of the main goals was to stem the tide of popular discontent and distrust in the business community, and to make sure that people “retain faith in capitalism and free markets”.

The question, however, is whether the timid reform path that the Green Paper sets out will be enough to change managerial behaviours and bring about economic stability so that public faith in the economic system is restored.

Not long ago, a Tory government proposing corporate governance reform to rescue capitalism would have been astounding.

Not long ago, a Tory government proposing corporate governance reform to rescue capitalism would have been astounding. In 1992, Stanford professor Francis Fukuyama declared the “end of history”, because the defeat of Soviet communism was thought to mark the ultimate victory over the liberal free-market capitalist system as the most advanced form of social and economic organisation in human history.

In a world without alternatives, corporate governance became a rather technical affair whose main goal was to align managers’ interests with those of shareholders.

Twenty-five years later, it has become increasingly clear that history has not ended just yet. Rather, it threatens to repeat itself: populist movements are on the rise around the Western world and people are increasingly willing to challenge the central pillars of free-market capitalism, such as free trade.

Rather than just aligning shareholder and managerial interests, the goal of the new reform is to save capitalism from itself.

The government is right to draw attention to this still-underestimated key challenge for regulators after the global financial crisis of 2007/2008. The stake in corporate governance reform has considerably increased—rather than just aligning shareholder and managerial interests, the goal of the new reform is to save capitalism from itself.

However, a closer look at the government Green Paper reveals that the actual reform proposals seem to go considerably less far than what the quite gloomy analysis in the introductory statement would suggest is needed.

More generally, the regulatory response to the financial crisis in the area of corporate governance has essentially been a continuation of the policies that have followed every corporate scandal since the 1992 Cadbury Report: more shareholder power—this time under the banner of “investor stewardship”—and more transparency (for example on executive pay packages or on institutional investors’ voting policies for investee company AGMs).

More radical proposals, such as the introduction of a German-style two-tier board system for banks, was discussed in the Walker Review in 2009; and worker representation on boards was timidly mentioned in the Green Paper—but such proposals are unlikely to go very far. The current path of corporate governance reform—not just in the UK, but in most OECD countries—is rooted in a misunderstanding of what the current system of corporate governance was put in place to achieve.

After the crisis of 2007/2008, many scholars and practitioners framed it as a case of corporate governance failure. Thus, the OECD’s Grant Kirkpatrick noted in a 2009 issue of Financial Market Trends that existing corporate governance arrangements had failed to “serve their purpose to safeguard against excessive risk-taking.”

Yet this analysis completely ignores the fact that the current corporate governance system was never designed to mitigate risks. Quite to the contrary: it was explicitly designed to align managers’ risk appetite with those of shareholders, which means more—not less—risk-taking.

Agency theory, the single most important academic theory informing corporate governance reforms since the mid-1970s, explicitly conceives of managerial risk-aversion as a source of agency costs that needs to be reduced. Academics identified—and criticised—such risk-aversion, for instance in managers’ penchant for conglomerate mergers and diversification, which made companies less risky, but also less profitable.

In short, the global financial crisis was by no means a failure of the corporate governance system put in place since the 1990s.

Informed by agency theory, corporate governance reform has always been about encouraging, not mitigating, managerial risk-taking to increase shareholder returns. Various instruments were used in pursuit of this goal: increased disclosure requirements (such as quarterly reports), reduced barriers to hostile takeovers in a bid to avoid managerial entrenchment, and share price-related pay packages to align executives’ risk appetite with that of shareholders.

This new system allowed shareholders to closely scrutinise companies’ performance (thanks to increased transparency), and put pressure on managers (thanks to the new powers they were granted) if the returns were deemed too low.

These shareholder-oriented corporate governance reforms worked remarkably well and led to very high levels of risk-taking by individual firms. This is acknowledged in the UK’s official review of corporate governance in the financial sector after the crisis, which noted that: “It may have been an entirely rational calculation for some bank shareholders and boards that, although operating up to the maximum leverage accepted by the regulator involved higher risk of substantial loss or failure, the very high returns that could be generated justified the assumption of such risk.” (Walker Review 2009, p.25).

In short, the global financial crisis was by no means a failure of the corporate governance system put in place since the 1990s. It was the product and inevitable consequence of this system, whose main purpose was to encourage risk-taking.

The current reform path in the UK essentially amounts to putting the wolf in charge of keeping the sheep, with a pious wish that this time nothing bad will happen.

Evaluating current reform proposal from this perspective, we have to ask ourselves: How likely is it that a system that was built to encourage risk-
taking can easily be transformed to achieve the goal of mitigating risk? Can this goal be achieved by simply further reinforcing the main pillars of the existing system—namely transparency and shareholder power? I would suggest that it cannot.

More of the same will simply not lead to the changes necessary to win back public trust in big corporations and the managerial elite. Rather, the current reform path in the UK essentially amounts to putting the wolf in charge of keeping the sheep, with a pious wish that this time nothing bad will happen.

What are the alternatives? Given the role that transparency and shareholder power have played in the system that led to the crisis, the regulatory solution seems obvious: what we need is less transparency, less shareholder power, and more managerial—not investor—stewardship.

This may sound like a very foolhardy reform strategy. How can anyone argue against transparency? After all, “sunlight is the best disinfectant”! How can anyone suggest that managers should have more leeway to run the company as they see fit?

Well, in light of the continental European experience, these arguments may not seem as absurd. For one, it is not the most transparent countries that have the lowest levels of agency costs or private benefits of control (PBC).

In Sweden, for instance, where disclosure requirements clearly lagged behind Anglo-Saxon standards and where managers were largely shielded from financial market pressures, a comparative study by Alexander Dyke and Luigi Zingales estimated PBCs at around 1%: the same level as in the much more transparent UK, and approximately half the amount of the US.

Similarly, in Germany, Switzerland, and other continental countries, transparency was low and “hidden reserves” permitted. As late as the 1980s, transparency was still seen as a sure means to destroy the company, due to excessive demands from various stakeholders. Instead, the assumption was that managers—if given enough freedom and control—would look after the company and mediate competing claims to companies’ profits from workers, shareholders, and the state, while ensuring that the company could continue to invest and grow.

The key difference with the agency theory model of corporate governance is obvious: it relies on the assumption that managers can be trusted. This, of course, will sound like an utterly naïve view—especially given the highly publicised debates about the sheer unlimited greed CEOs display when it comes to their pay packages.

Yet, we should not forget that limitless greed is not a natural given, but very much the result of a process of socialisation that the current managerial elite went through. This socialisation happened to an important extent in business schools that have taught generations of MBA students that “greed was good”; this created, some would argue, a sociopathic managerial elite that regulators now desperately attempt to rein in.

Business schools need to start teaching MBA students that greed is bad, social and environmental responsibility is good, and that the purpose of a company is more than making profits.

This implies that the response to current corporate governance problems cannot be a purely regulatory one. Managerial education needs to become part of the solution, not part of the problem. Business schools need to start teaching MBA students that greed is bad, social and environmental responsibility is good, and that the purpose of a company is more than making profits.

However, in order for managers to be able to implement such a new perspective, it will be crucial that financial market pressures on firms are reduced. Regulatory reform can help by reducing shareholder power and disclosure requirements to give control back to managers.

This may sound audacious and unrealistic. Yet is it less realistic to assume that top managers can play a stewardship role and care for the long-term prosperity of “their” company, than to expect similar things from institutional investors who invest in a vast portfolio of firms and who generally turn over stock at a rapid pace, as current “investor stewardship” initiatives attempt to do?

The stakes are high; it might be time for audacious reforms.

Gerhard Schnyder is a reader in International Management at Loughborough University. He was previously a senior lecturer and reader in Comparative Management at King’s College London, and has worked as a research fellow at the Centre for Business Research at the University of Cambridge, and the Centre for Diplomacy and International Studies, SOAS.