Infosys’ board seeks to vigorously defend its now-departed CEO Dr Vishal Sikka, who it alleges has quit following criticism from co-founder Narayana Murthy. 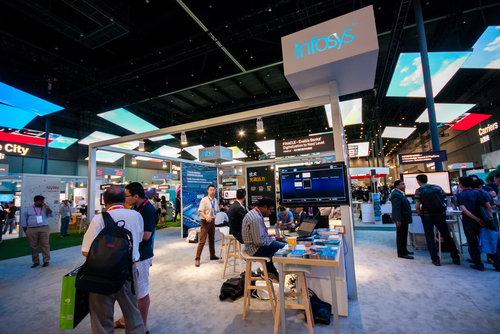 The CEO of major IT services business Infosys has quit despite “strong support” from the board. Criticism from a co-founder about the company’s corporate governance and financial performance was cited as being the reason for his departure.

Dr Vishal Sikka, who had become the first CEO outside its circle of seven founders in 2014, resigned on 18 August. He has taken up the executive chairman role until a replacement is found.

The Infosys board issued a vigorous defence of Dr Sikka, alleging that “continuous” criticism from chairman emeritus Narayana Murthy had led to the CEO’s departure.

The board said in the statement that it was “committed not to be distracted by this misguided campaign by Mr Murthy and will continue to adhere to the highest international standards of corporate governance as it executes its strategy of profitable growth for the benefit of all Infosys stakeholders”.

A number of “anonymous allegations” against the company and individuals, and of a conspiracy by its senior individuals and lawyers to conceal information, had been investigated by independent legal professionals and no evidence found, said the Infosys board.

“Therefore, the board has formally closed the investigations of the anonymous allegations so that the company can focus on strategy, performance, and the creation of shareholder value,” it added.

Reports over the weekend quoted Murthy as saying: “If we lose good corporate governance, if we lose transparency, if we lose fairness; if we lose accountability, let me assure you that it is an absolutely sure path to quick destruction.”

Infosys has followed up its defence of Dr Sikka by announcing a share buyback programme, which will equate to nearly 5% of the paid-up equity share capital of the company at an 18% premium.