Long-standing executive Breon Corcoran stands down after steering the group through its merger, while Peter Jackson departs his Worldpay CEO role after just six months to take the Paddy Power Betfair position. 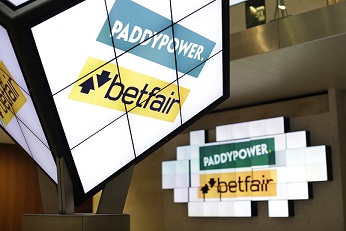 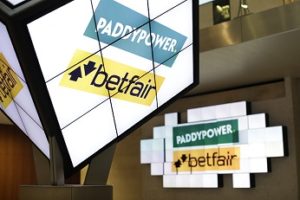 The CEO of Paddy Power Betfair is to step down from the role, 18 months after the two betting giants merged.

Breon Corcoran, who has a long history with both businesses, leaves after 16 years with the group and its predecessor companies.

Corcoran served as a board member at Paddy Power from 2004, and was its chief operating officer from 2010. He then moved across to Betfair as its CEO in 2012. Corcoran took on the chief role of the two businesses upon their merger in February 2016.

The betting group described Corcoran as having a “major influence” in its move to a more digital focus, in particular its mobile offering.

His replacement is steeped in financial technology: Peter Jackson takes on the role having served for six months as Worldpay’s CEO. Following roles with Lloyds Banking Group and HBOS, Jackson joined Travelex as CEO in 2010. Prior to joining Worldpay he led the innovation function at Banco Santander.

Jackson served as a non-executive director of Betfair from 2013, and then for the merged group from 2016.

The group said in a statement: “The board’s selection of Peter reflects his experience as a proven CEO; his track record of leading substantial businesses with international reach; and, a combination of technology and digital consumer sector expertise.”

Chairman Gary McGann said Corcoran had achieved “great success” over the past 16 years with the group. “Breon leaves behind a business that continues to perform strongly, and that has the scale, technology platform, combination of brands and exceptional people to outperform its competitors,” stated McGann. “We wish him every success in his future ventures.

On Jackson, McGann added: “The combination of his executive expertise together with his understanding of the Paddy Power Betfair business as a non-executive director uniquely positions Peter to assume the role of CEO and lead the group in its next stage of development.”