Governance watchdog sees improvement in the transparency of investors’ approach to engaging with companies, and in their reporting. 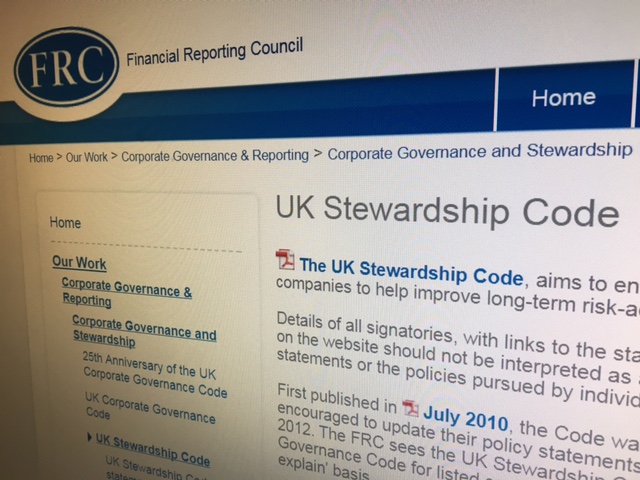 A number of investors have improved their reporting of how they approach stewardship, according to the Financial Reporting Council (FRC).

The reporting and governance watchdog introduced three tiers of investors based on the quality of their stewardship, encompassing their approach to investments, engagement, and transparency.

While 80 asset managers were assessed as meeting criteria to sit in the highest tier (1), a further 40 sat in the lowest tier (3). Following engagement between those in the lowest tier and the FRC, 20 have improved their reporting and have stepped up to tier 2. The other 20 have chosen to remove themselves from the list of signatories.

As a result, tier 3 has been removed.

“Tiers 1 and 2 show those willing to report transparently on their approach,” stated the FRC. “This allows clients to discuss with asset managers their different approaches to stewardship, therefore ensuring they best meet their needs. The FRC will be looking for continuous improvement from Code signatories.”

The tiers were set as follows:

The formal consultation on the FRC’s Corporate Governance Code, being held later this year, will include broad initial questions about its approach to the review of the Stewardship Code.

The consultation will consider how to raise reporting standards and whether the tiers are set at the appropriate level. A further consultation on specific changes to the Stewardship Code will follow in 2018.