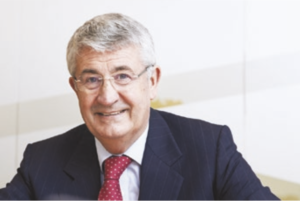 In a statement yesterday, the AA said he would be replaced by John Leach as chairman and Simon Breakwell as chief executive. Leach has been a non-executive with the company since 2014 while Breakwell joined in the same year as non-executive serving as chairman of the remuneration committee.

A statement later in the day from Mackenzie’s son, Peter, said he had “resigned”, was unwell and had been admitted to hospital. He described his condition as an “extremely distressing mental health issue”.

He said: “My father tendered his resignation this morning and resigned his directorships due to acute ill health, from which he has been suffering symptoms for some time. A consultant clinical psychologist advised him last week that he needed to take at least six months leave. He is very unwell and has been admitted to hospital.”

The company offered no detail of the misconduct alleged to have taken place. It said: “The AA plc announces that Bob Mackenzie has been removed by the board from his role as executive chairman, from his other roles and as a director and as an employee of the company, for gross misconduct, with immediate effect.”

The AA added: “As detailed in the annual report, the board had already begun the process of splitting the combined roles of executive chairman as the company nears the end of the transformation programme. The nomination committee will now accelerate this appointment of a chief executive.”

board appointments, Bob MacKenzie, The AA