EU audit reform presents an altogether different regulatory landscape for firms in the Union, and as a result, creates an alternative audit environment for the rest of the world to consider. 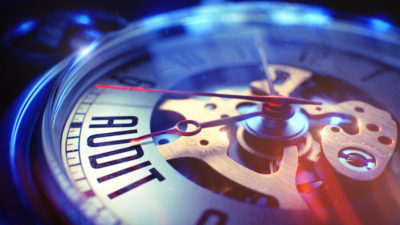 It is one year since the official deadline to implement the EU audit reform (EAR) package by member states, and the regulatory landscape across the EU presents a unique model that could serve as a possible testing ground.

The reform Directive and Regulation offer a variety of options. To date, the full range has been put to use across most member states, but in varying ways. Some noteworthy options include the frequency of audit rotation tenures; the possible extension of audit tenure through tendering or joint audit; the broadening of organisations considered public interest entities; and the increase of prohibited non-audit services.

“Over the next couple of years companies will have to navigate their way through the range of options available in different jurisdictions.”

A patchwork of legislation across the EU might present challenges to cross-border groups. “Over the next couple of years companies will have to navigate their way through the range of options available in different jurisdictions,” says Fatemeh Jailani, European affairs project director at Mazars.

So, companies are now in a phase of experimentation to see how and where the new rules and regulations work best. In the medium term, however, this patchwork of audit rules may have benefits. Regulators and investors around the world want to find effective ways to tackle excessive concentration in the audit market and improve audit quality.

“The next five years will be telling in terms of the impact of different options in different markets, providing policymakers with a great case study to justify adjustments in the future,” says Jailani.

One area where some member states have opted for a tougher stance than the EU baseline rules is the initial length of audit engagements and the possibility for an extension. The strictest provisions are in Poland, where there is a mandatory firm rotation period for audits of five years (the EU baseline is ten years) with no option for extension.

In Bulgaria, there is a maximum engagement period of seven years, while Italy and Portugal have opted for periods of nine years. Greece, Hungary, Ireland, Lithuania and the Netherlands opted for the EU baseline of ten years without the possibility of extension through joint audit or tendering.

At the other end of the spectrum, the majority of member states have, however, opted to extend the maximum period for audit to 20 years, provided a public tender is carried out every ten years.

“There will be an evolution in the structure of group audits, as companies need to come to terms with having multiple auditors involved in their audit.”

There are likely to be challenges ahead for large complex financial services groups, which are inherently difficult to audit and which operate in multiple jurisdictions with different rules.

“There will be an evolution in the structure of group audits,” says David Herbinet, global head of audit at Mazars, “as companies need to come to terms with having multiple auditors involved in their audit.”

He adds: “The most logical evolution for large financial institutions will be to have a primary auditor—which will have to rotate at some point— with responsibility for the group.

“In addition, institutions should have a secondary auditor, or auditors—subject to rotation more frequently than the group auditor—with responsibility for subsidiaries. That is already happening in a number of countries.”

The changes will also affect a greater number of financial institutions than was envisaged by the EAR, as more than half of the member states chose to expand the definition of “public interest entity”. In some countries, pension funds have been included  as well as holding companies, fund and investment management companies and national stock exchanges.

Another effect of the EAR is that joint audits are becoming less mysterious. Until now, the practice has only been popular in France, but this new regulatory environment gives companies an important incentive to opt for joint audit—a longer rotation period without the need to tender, allowing for a maximum audit tenure of 24 years.

Though extension periods can vary from one country to the next in regard to joint audit, so far, eight countries have introduced this option in their local legislation. In Belgium, companies such as BNP Paribas, Dexia and Key Trade Bank are already taking advantage. In Spain, some very large financial institutions are following suit.

One benefit of having two audit firms is that they can be rotated at different times. “It’s a kind of knowledge management system which is really important for the most complex organisations,” explains Herbinet. “It means there’s always one firm with knowledge of the business and the group, which can impart that knowledge to the new firm.”

A year after the official deadline for implementing the EAR, there are a lot of audit tenders up for grabs. This flurry of new tenders has not yet reduced the dominance of the Big Four audit firms PwC, Deloitte, KPMG and EY—which handle audit for 98% of FTSE350 companies, according to the Financial Times.

If anything, the level of concentration in the hands of the four dominant firms has increased over the past 12 months.

Herbinet says: “It is difficult today for a firm that doesn’t have a relationship with a company to win a pitch, but audit tenders are the first step towards establishing relationships.

“It could take a full rotation period—ten years, more or less—before we see a real impact on concentration levels in the market.”

One potential issue to appear is that audit tenders are not necessarily as open as the EAR intended. Companies are still very conservative in terms of who they invite to tender, and this may be the biggest stumbling block for real and deep transformation of the audit market.

“There has already been a shift in mindsets away from using auditors for non-audit services, such as tax advice, which creates big market opportunities,” says Herbinet.

A majority of countries adopted the same list of prohibited services covered in the regulation; only the Netherlands and Belgium went further. However, a large majority of member states (17 out of 28 at the time this article was written) decided to allow the provision of some tax and valuation services.

Regulators are impatient to see new audit players, but the market environment is tough. The list of prohibited non-audited services also means that winning an audit client provides far fewer opportunities for cross-selling other work compared with winning a consulting client.

“As the Big Four firms continue to grow their consulting activities, they will have to make tough decisions about which companies to target for audit or non-audit services.”

“As the Big Four firms continue to grow their consulting activities, they will have to make tough decisions about which companies to target for audit or non-audit services,” says Herbinet.

This stricter approach to independence and conflicts of interest could therefore create opportunities for the next tier of audit firms. On the other hand, stricter regulation is also increasing the cost of delivering audits for audit firms potentially making it less profitable and therefore less attractive as a business line, compared with consulting.

“Audit rotation requires a significant upfront investment for the incoming audit firm to get to know the business,” says Herbinet. “But it is an investment we are more than happy to make if it results in more competition, reduced concentration and increased quality.”

So, one year on, the EU audit reform experiment is pushing boundaries and testing the ability of the audit market to reform itself. Time will tell whether it can or whether further—possibly tougher—regulation should be introduced to enhance trust and protect the public interest.