Board Agenda reports on a handful of risk-related tremors around the world, from UK election woes to Eurozone growth and a renewable energy spike. 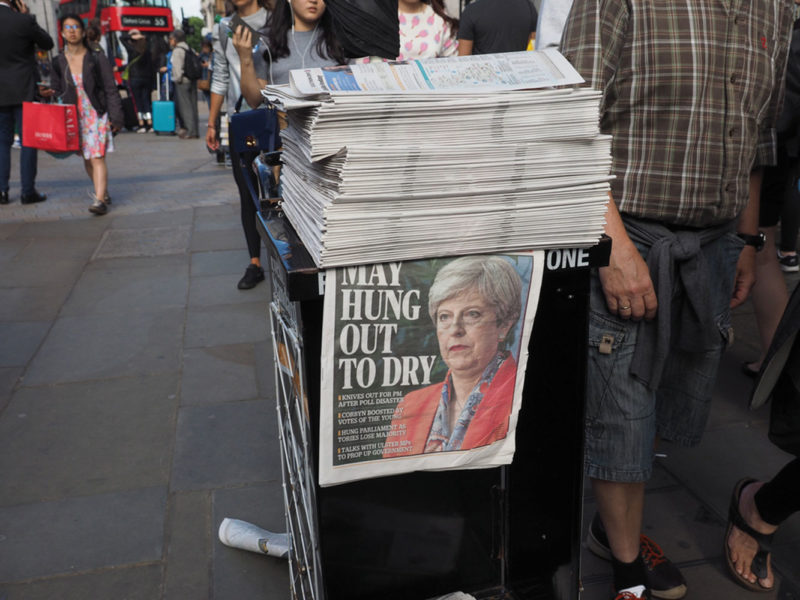 Politics — May limps on

After a general election in early June failed to give any party an overall majority, the UK remains the developed nation facing the greatest political uncertainty. Prime minister Theresa May will limp on with a minority government, but it is a risky venture.

The opposition is gunning for May, but many in her own party believe her days as the UK’s chief executive are numbered too. The election result poses big questions about the kind of Brexit deal May now has a mandate to pursue, and about the Tory policy of austerity.

With all the talk of Brexit it’s easy to forget that the Eurozone has an economy at all, but it has been doing well of late. May saw the economy of the 19-country area grow by 0.5% in Q1, translating into annual growth of 1.8%, according to Eurostat numbers.

Meanwhile, the US posted an expected annualised performance of 0.7%, not so good for President Trump.

Wednesday 7 June saw the first time ever that renewable sources of energy—wind turbines and solar panels— provided more than half the energy needs of the UK. A few days later in the US, 900 companies signed a pledge saying they would endeavour to cut the country’s carbon emissions by 26% by 2025.

Worldwide, there are now 20 gigawatts of wind and solar farms. Meanwhile, a report from BP indicates that the world has shifted decisively away from coal, and renewables were the fastest-growing source of energy in 2016.

Country — Gulf opens up between Qatar and its neighbours

Qatar is suddenly the outcast in the Middle East and the GCC—the Gulf Cooperation Council, the trade block consisting of a core group of Arab states. Saudi Arabia, the United Arab Emirates, Bahrain and Egypt have all cut diplomatic ties and transport links with Doha in protest at what they claim is Qatar’s support for extremists.

The West has found it difficult to intervene, having allies on both sides of the spat, leaving the conflict some time yet to run.

The world’s oldest bank, Monte dei Paschi di Siena, has been bailed out by the European Commission. Founded in 1472, Monte dei Paschi has seen a series of crises in recent times, last year failing a test of its capital strength by regulators.

The bank will now receive state support without breaking banking rules. However, Italy’s banking sector still has troubles to resolve.

The European Commission shocked the City of London in June, proposing that regulators in Brussels should be able to supervise the work of the euro clearing market in London—even after Brexit.

Brussels is concerned it will have little say in how clearing houses are supervised once the UK leaves the EU. The Financial Times said the announcement had “not given the City certainty”.