International experience and insight matter far more than what it says on your passport. 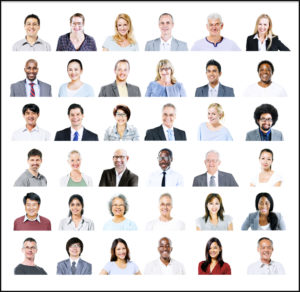 While many large companies are multinational, most of the top management teams (TMTs) in these companies are not. They tend to be dominated by executives with a connection to the home country of the company. Attention is paid to gender diversity, but cultural diversity is often ignored.

One must first agree that there are some benefits to having monocultural TMTs (all coming from the same nationality and speaking the same language). Since monocultural teams share assumptions, world views and language, communication between them is efficient. This speeds up decision-making and reduces conflict among team members. Anyone who has participated in culturally diverse teams has encountered problems on these fronts.

Since monocultural teams share assumptions, world views and language, communication between them is efficient.

Intimate familiarity with a given culture and its consumption patterns yields deeper consumer insights. A culturally diverse team is more likely to have superior knowledge of the political and social idiosyncrasies of different foreign markets. A diverse TMT is also better able to monitor changes in major markets if it has representatives from those markets, since people, no matter where they live, tend to stay connected to their home country.

Multinational companies must navigate the heightened expectations of their global stakeholders. They have to negotiate, mediate and communicate with important stakeholders, including government leaders, union bosses, NGOs, big local investors and media representatives. A diverse TMT enhances the cultural bandwidth to effectively interact with stakeholders from different countries. Connecting with stakeholders in a particular country is easier if there is a person from that culture on the team. With cultural diversity, the entire TMT has greater credibility when travelling across borders.

Multinationals have little choice but to employ locals in every country they operate in. For the employees, a culturally diverse TMT is a powerful symbol of meritocracy. In my experience of working with more than 200 multinationals, I have observed TMT diversity to be powerful in motivating employees.

I recall being the keynote speaker at a global leadership conference held 15 years ago by a Norwegian multinational company. The firm had a large footprint in the Middle East, as well as in South and South-East Asia. As a result, of the 500 or so leaders gathered, a quarter of the audience was of South Asian origin.

In my experience of working with more than 200 multinationals, I have observed TMT diversity to be powerful in motivating employees.

As I descended from the podium after my address, about 100 people, all of South Asian heritage, lined up to talk to me. Usually, a few people come up after a speech, but this was an unusually long line. I shook hands one by one, feeling quite puzzled by the outpouring of enthusiasm.

A note of caution

I want to end on a note of caution with respect to culturally diverse TMTs. First, as already mentioned, the benefits only apply if the enterprise is multinational. In a single-market company, these advantages would become drawbacks.

Second, it is critical not to assess cultural diversity by simply counting passports. More important is the international experience of the TMT members—for instance, how long have they lived in different countries—because that is what delivers some of the advantage.

Third, all companies evolve in their journey to be more multinational. It begins with sales and supply chains; culturally diverse TMTs are the last stage.

Nirmalya Kumar is a visiting professor of marketing at London Business School and a distinguished fellow at the INSEAD Emerging Markets Institute.