Barclays’ CEO Jes Staley faces further investigation by regulators over his attempts to discover the identity of a whistleblower. 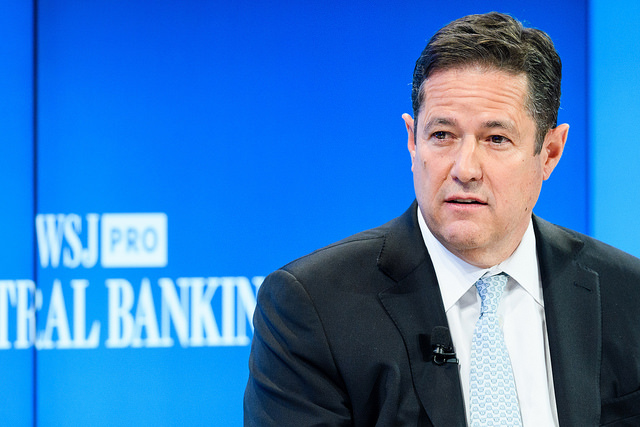 Barclays’ chief executive Jes Staley has been reprimanded by the company’s board after it discovered he had attempted to uncover the identity of a whistleblower within the bank.

There are now investigations underway at the Financial Conduct Authority (FCA) and the Prudential Regulation Authority (PRA) into Staley’s conduct.

A statement from Barclays said that in addition to a reprimand it had cut Staley’s pay. The precise reduction will be determined once the FCA and PRA have completed their investigations.

Barclays’ chairman John McFarlane revealed in a statement his personal “disappointment” over the issue, given the bank’s efforts to operate with high ethical standards.

“The board takes Barclays culture and the integrity of its controls extremely seriously. We have investigated this matter fully using an external law firm and we will be commissioning an independent review of Barclays processes and controls to determine what improvements may be required,” he said.

Barclays said that Staley had “honestly” but “mistakenly” believed that it was permissible to seek out the identity of whistleblower. The bank has accepted his explanation that he was trying to “protect a colleague who had experienced personal difficulties in the past from what he believed to be an unfair attack”.

McFarlane said: “Taking into account both the circumstances of this matter and his otherwise exemplary record since joining Barclays, including contributing significantly to improvements in Barclays culture and controls, Jes continues to have the board’s unanimous confidence and it will support his re-appointment at Barclays annual general meeting on 10 May 2017.”

Staley said in a statement that he was cooperating fully with the FCA and PRA. He said: “Our whistleblowing process is one of the most important means by which we protect our culture and values at Barclays and I certainly want to ensure that all colleagues, and others who may utilise it, understand the criticality which I attach to it.”

Barclays said it learned of Staley’s attempt to identify the whistleblower earlier this year. His actions concerned two letters written about the recruitment of a senior employee in early 2016.

The anonymous letters, one to the board and another to a senior executive, raised concerns about the employee’s behaviour at a previous employer, and Staley’s role in dealing with the issue while working there. They also raised questions about the recruitment process in bringing the employee to Barclays.

Both letters were logged by Barclays’ Group Compliance Function. Staley was shown the letter to the board and informed about the second letter.

Barclays said that Staley then requested that the bank’s Group Information Security department find the identity of the letter-writer. Barclays said he considered the letters an unfair attack on the reputation of the senior employee.

The bank said that at one point, Group Information Security had contact with a US law enforcement agency as part of their efforts to identify the letter’s author. However, attempts to uncover the writer failed.