Vanda Murray’s appointment as chairman of Fenner plc last year was a baptism of fire, but she has risen to the challenge, despite increased directorial pressure. 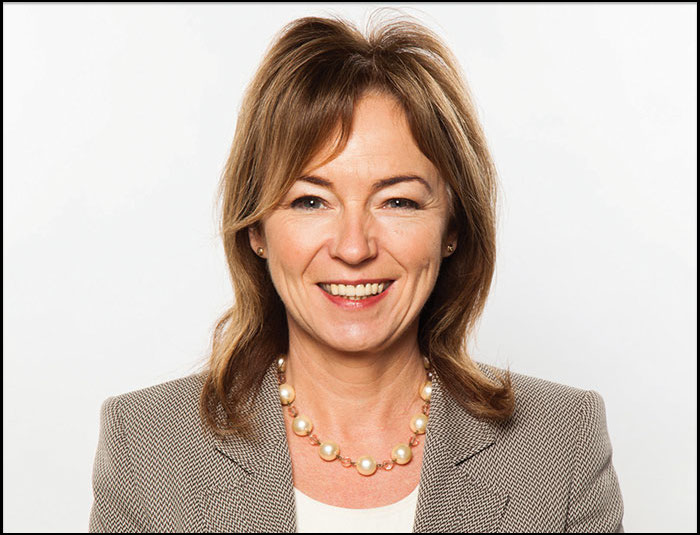 In her first role as chairman of a publicly listed business, Vanda Murray is clear on both the privilege and the challenge involved in today’s climate of economic uncertainty, and a renewed focus in the UK on corporate governance reform and regulation.

Fenner plc, the Yorkshire-based FTSE 250 industrial manufacturer, has been exposed to the oil and gas and mining sectors and has had to change its focus.

“We have had to refocus on markets that are growing instead and rebalance the business,” Murray says. “Having come through that process, we are now focused on growth. I am very aware of our responsibilities to all our stakeholders and to the communities and businesses we serve,” she says.

Circumstances around her appointment as chairman contributed to her arrival in the role being something of a baptism of fire. As a non-executive director on the board of Fenner for years, Murray was the senior independent director when CEO Nick Hobson had to step aside in 2016 due to ill-health.

“Engagement has never been more important than it is today. Requirements on stewardship and the increasing demands of regulation mean that we must be transparent, without giving away commercial secrets.”

He was replaced by then-chairman Mark Abrahams on an interim basis, while Murray became acting chair in June. Nick Hobson did not return to the role, and Mark Abrahams is now CEO.

“There was a period when we were non-compliant [with the UK Corporate Governance Code], and we certainly had some interesting conversations with our shareholders around that,” Murray says. “I have always seen the board as a high-performing team. It is very important to manage shareholder expectations.”

She adds: “Engagement has never been more important than it is today. Requirements on stewardship and the increasing demands of regulation mean that we must be transparent, without giving away commercial secrets.

“Regulation is also changing so quickly, and the requirements of what is expected from the boardroom is much greater than it used to be.”

In response to the news that the Financial Reporting Council (FRC) prepares to develop a new corporate governance code for the UK’s largest private companies—complete with reporting requirements—Murray says she is pleased to see this happen. “Otherwise we have a playing field that is not level.”

The FRC has also called for directors’ duties under section 172 of the Companies Act to be “reinvigorated”. Currently, directors are required to promote the success of the company, while having regard to a range of other factors which include long-term consequences, the environment, employees, suppliers and customers. But there is no requirement for them to report on how they have done that.

“You have duties as a director and as an individual. Your reputation is increasingly on the line,”

A reporting requirement linked to the section 172 duty has now been mooted, so that boards are required “to demonstrate how they had regard to wider stakeholders in their key decisions”. All this, Murray says, contributes to the fact that “the role of the NED is increasingly becoming a professional one, in terms of training as well as the need for commitment. It is increasingly demanding.”

“You have duties as a director and as an individual. Your reputation is increasingly on the line,” adds Murray, who has just been appointed senior independent director at Bunzl plc and is a non-executive director of Exova Group plc. She was made an OBE in 2002 for services to industry and export.

But as a chairman, those director and individual duties are magnified, with a critical added dimension of responsibility. She says she now appreciates only too well the huge increase of time the chairman’s role demands. Being on the board for five years prior to her appointment following an executive search process may in some ways have made the transition easier, but events have also conspired to make it challenging.

“We are living in a VUCA environment” says Murray, referring to the trendy managerial acronym that represents “volatility, uncertainty, complexity and ambiguity”.

“We have to manage our way through that uncertainty. We just do not know what the outcome of Brexit will be—all we can do is make sure we understand the risks as much as possible.

“Strategy for me isn’t something we do once a year; we talk about it constantly: how we are adapting and managing our business.”

“Strategy for me isn’t something we do once a year; we talk about it constantly: how we are adapting and managing our business.”

Listening to shareholders is an ongoing process. Fenner managed to appoint a representative to the board in the face of strong opposition last year, while the search process for the new chairman was ongoing. Michael E. Ducey joined the board, although it said it did not believe he would add anything in terms of skills, experience and background and did not consider him to be independent of the shareholder nominating him.

The board also said it did not believe that his appointment would be in the interests of Fenner shareholders. Now they are all going to have to work together, it seems.

Murray says: “I see Mitie [plc] is set to put a worker representative on its board.”

These are clearly interesting times to be a chairman.

Dina Medland is an experienced business journalist and regular contributor to the Financial Times and Forbes magazine.