Legal and regulatory roundup from around the UK and Europe: EU tax, tightened money laundering legislation, gender pay gap regulation in the UK, review of governance codes in Germany and the UK, and Belgian FSMA guidelines. 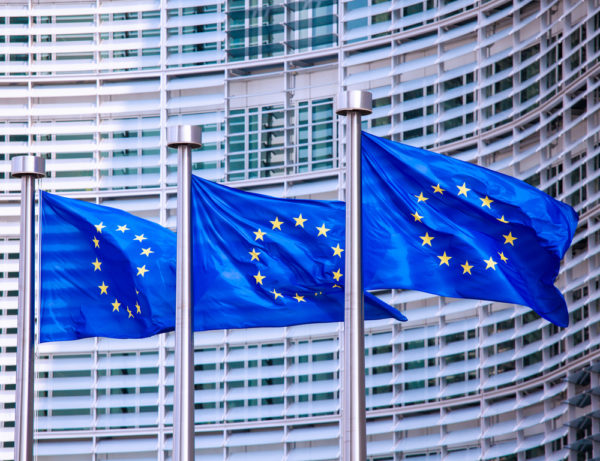 A draft Directive regarding “hybrid mismatches” with third countries’ tax systems has been agreed by the Council of the EU.

The Directive aims to stop large companies avoiding tax by taking advantage of differences between two or more tax jurisdictions to reduce their overall tax liability.

The Council of the EU will adopt the Directive once it has been approved by the European Parliament. Member states will then have until 31 December 2019 to transpose it into national law.

Money laundering could be judged under criminal law

A directive on countering money laundering by criminal law has been proposed by the European Commission.

The directive would harmonise and establish minimum rules concerning the definition of criminal offences and sanctions in the area of money laundering. It would also implement international obligations such as the Warsaw Convention and Financial Action Task Force recommendations.

If implemented, the directive would make three specific money-laundering activities criminal offences if they were conducted intentionally. These are:

Individuals found guilty of such an offence would face up to four years in jail.

The Equality Act 2010 (Gender Pay Gap Information) Regulations 2017 start a 12-month countdown for employers to publish their pay information on their company’s website from April 2018, and every year thereafter.

The regulations apply to employers with 250 or more employees in England, Scotland and Wales. According to the Department for Business, Energy & Industrial Strategy (BEIS) figures, this amounts to around 7,000 companies and just over 10 million employees.

The regulations require employers to publish comparative hourly pay and bonus averages for their male and female employees. Employers must also provide data on the proportion of male to female bonus payments and comparative pay ratios.

There will be no sanctions if companies fail to comply with the reporting requirements, and there is no obligation to improve figures or propose improvements. BEIS, however, hopes the negative publicity generated through non-compliance will act as a spur to observe the requirements.

Shah Qureshi, head of employment law at Bindmans LLP, says: “Not only should employers be consulting payroll to ensure they have mechanisms in place to calculate the figures, but also marketing, to assist with presenting the figures, and management, to devise a plan for improvement.”

A new discussion paper (DP 17/2) on how UK primary capital markets can most effectively meet the needs of issuers and investors has been published by the Financial Conduct Authority (FCA).

The FCA is seeking feedback on whether the present boundary between the standard and premium listing categories is appropriate, particularly in relation to overseas issuers and exchange traded funds, and the effectiveness of UK primary equity markets in providing capital for growth, particularly for early-stage science and technology companies.

It also wants views on whether there is a role for a UK primary debt multilateral trading facility and its potential structure; and measures that could be introduced to support greater retail participation in debt markets.

The FCA has also launched a consultation on proposed technical enhancements to the Listing Rules. This considers improvements to FCA rules and guidance to ensure the Listing Rules continue to service the needs of issuers and investors.

The proposed changes include: clarifying the eligibility requirements for premium listing; introducing a concessionary route to premium listing for property companies; updating how premium-listed issuers may classify transactions and new requirements on when they should consult with the FCA; and a new approach to the suspension of listing for reverse takeovers.

The two papers are part of the FCA’s wider work on the efficiency and effectiveness of UK primary markets as set out in the 2016/17 business plan. Comments on both papers are due by 14 May 2017.

Greater transparency, higher ethical standards and a focus on sustainability from investors are all key recommendations from the body charged with amending Germany’s Corporate Governance Code (DCGK).

The revised preamble explains that good governance, based upon a social market economy, requires more than adherence to the law: it requires ethical behaviour from the “honourable business person”.

The preamble also stresses what is expected from institutional investors: that they should exercise their rights actively and responsibly, respecting the concept of sustainability.

In a bid to increase transparency in the realm of compliance, the commission also introduced a new requirement for boards to introduce a “compliance management system”. Companies will be required to publish the basic features of this system to allow investors—as well as the interested general public—to form their own opinion of a company’s compliance efforts.

The UK’s financial reporting watchdog, the Financial Reporting Council (FRC), is to undertake a fundamental review of Britain’s corporate governance code, a move that comes in the wake of prime minister Theresa May’s desire to see reform.

In a statement, the FRC said the review would take account of its work reviewing corporate culture and succession planning, and will begin later this year once responses to the government’s own green paper consultation on governance have been completed.

Sir Win Bischoff, chairman of the FRC, said: “The prime minister has a vision of an economy that, in her words, ‘works for everyone’. This needs UK businesses to thrive so that all stakeholders including workers, customers, suppliers and society itself benefit through jobs growth and prosperity.

“With all this in mind, we will conduct a review of the current UK Corporate Governance Code. This will consider the appropriate balance between the code’s principles and provisions.

“In pursuing any changes, the current strengths of UK governance: the unitary board, strong shareholder rights, the role of stewardship and the ‘comply or explain’ approach, must be preserved. We must not throw out the baby with the bathwater.”

The watchdog’s statement said: “To guide this review, the FRC will seek input from a wide range of stakeholders including its recently established stakeholder advisory panel of high-profile representatives from a wide variety of sectors.”

The UK’s code has come under intense scrutiny since Theresa May became prime minister last year, when she placed it at the heart of her government’s agenda to tackle social equality. Not only has government launched its own consultation in a green paper, but at least two parliamentary committees—the business energy and industrial strategy (BEIS) committee and the work and pensions committee—have also reviewed governance following scandals in the UK.

The green paper raises questions of how to address concerns about excessive executive pay, shareholder engagement on pay and how to strengthen the role of employees and wider stakeholders in governance.

Guidelines on how to apply legislation on unfair contract terms to financial instruments has been published by the Belgian Financial Services and Markets Authority (FSMA).

The guidance (FSMA_2017_04) contains a series of recommendations on the application of the provisions of Book VI of the Belgian Code of Economic Law (CEL) to offerings of investment instruments to retail investors.

The draft FSMA guidelines will affect several standard clauses in issue documentation, whether or not the documentation is governed by Belgian law.