Companies in the UK now have to produce a report detailing their efforts to beat modern slavery in their supply chains. Some have clearly thought this through. But the poor reporting of others is “worrying”. 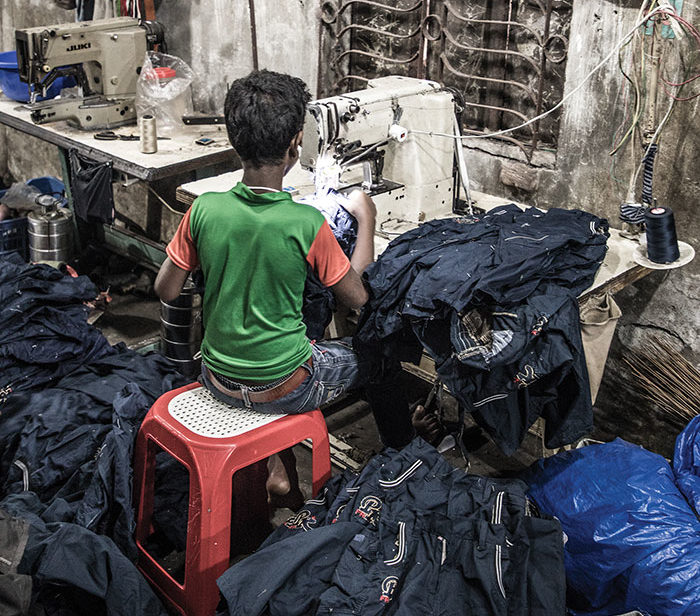 Legislation in the UK is driving modern slavery up the agenda in the boardrooms of major companies across Britain and the world.

Every board of companies with turnover greater than £36m, and which wants action in the UK market, now has to approve the company’s statement on what it is doing to eradicate modern slavery in its operations and supply chains. This compliance statement then has to be signed by a director, and have a link on the company’s homepage.

After almost 12 months of company reports, a small group of companies has taken the lead, with strong board oversight and powerful eradication practices. But far too many laggard companies are sitting on their hands. The boards of these companies need to insist their C-suite learns rapidly from the best practice of leading companies, and emulate their statements and approach.

The Business & Human Rights Resource Centre tracks whether the company statements on its Modern Slavery Act Registry meet the Act’s requirements. The results so far show:

• Thirteen per cent of the more than 1,500 statements on the registry meet all three of the requirements.

• Only 26% of statements explicitly say they have been approved by the board, and 69% have been signed by a director.

• A disappointingly low 7% of company statements meet both these requirements.

The lack of board approval in the majority of company compliance statements is worrying. Board leadership on modern slavery is critical, not only for effective company action, but also for their responsibility to shareholders regarding a company’s material risks.

In an environment of growing public scrutiny of and concern for modern slavery, companies that fail to take appropriate action to identify, address and mitigate modern slavery expose themselves to greater reputational damage.

Investors are increasingly alert to these risks. Talent and customers are put off by companies that are tarnished with slavery. These companies may also be exposed to increasing cases of costly litigation.

In 2015, US marine-services company Signal International LLC had to pay $20m in compensation to former employees who became victims of human trafficking; the company later filed for bankruptcy. Major public pension funds, the Teachers’ Retirement System of Alabama and the Employees’ Retirement System of Alabama owned more than 47% of Signal, and lost approximately $70m.

The Modern Slavery Act suggests, but does not require, that companies include in their statements information on six criteria…

The Modern Slavery Act suggests, but does not require, that companies include in their statements information on six criteria: description of the business operations and supply chains; policies related to modern slavery; due diligence; risk assessment and management; effectiveness of measures in place to address these issues; and training.

But our research of 27 FTSE 100 companies showed an overall trend of poor reporting, with some notable exceptions of best practice, such as Marks & Spencer and SABMiller.

Most statements are weak in describing companies’ supply chains, what companies source and where from. Companies are also reluctant to disclose specific risks that have been identified, and statements are largely silent on this topic.

There is almost no mention of engagement with external stakeholders. The lack of substantive disclosure leaves very limited insight as to what a company is actually doing on modern slavery, or even if the company fully understands the risks in its operations or supply chains.

A small number of companies are showing what is possible. For example, Hewlett-Packard recognises foreign migrant workers are especially at risk of exploitative labour practices and forced labour. They are the first IT company to set requirements for suppliers on how they recruit, select, hire, and manage such workers. Their Foreign Migrant Worker Standard requires direct employment of foreign migrant workers by its suppliers, as well as prohibiting retention of worker passports and personal documentation and the elimination of worker-paid recruitment fees.

Others are taking steps to revise existing, or developing new, policies on modern slavery. For example, Associated British Foods and DCC plc have developed bespoke modern slavery training that will be provided to everyone from top-level management to relevant departments such as procurement, human resources and legal. Sky and Berkeley Group Holdings have reported that they have performed modern slavery due diligence to identify and mitigate risks in their operations and supply chains.

But there is much to be done by all companies—including those that have been singled out for better performance—before reporting on modern slavery meets the expectations of consumers, investors, governments, and civil society.

For the Act to have real impact, companies must provide more detailed disclosure of their supply chains. Ideally, reporting should get to a point where companies are providing the names and locations of their suppliers, not just in tier 1 but right through the supply chain.

Ideally, reporting should get to a point where companies are providing the names and locations of their suppliers, not just in tier 1 but right through the supply chain.

While we have yet to see such detailed disclosure, the John Lewis Partnership statement (encompassing both Waitrose and John Lewis) is a leading example in that it provides a map of the top sourcing countries for both companies. It also discusses developments in its top priority sourcing areas that include the UK, China, India, Spain and Italy.

Companies should also disclose the modern slavery risks they have identified and how they are being addressed. This is not a simple, quick task, but neither is it rocket science. Much can be learnt quickly by laggard companies from the leaders in their sector, and leading companies especially recognise that they need to collaborate with their competitors to eradicate modern slavery from the second and third tiers of their supply chains, where no one company has strong leverage over suppliers.

Development of an overall strategy should start with the board, incorporating input and expertise from all relevant departments, and integrating this throughout the company, with the board having ultimate oversight.

The findings of a recent report by ETI and Hult International Business School illustrate that this shift in responsibility is happening in some of the leading brands; the report found that twice as many CEOs and other senior executives are actively involved in addressing modern slavery since the Act came into force.

Boards and senior leaders in companies should also be aware that this trend of mandatory disclosure and due diligence looks set to grow. In a number of initiatives throughout Europe, governments require companies to develop due diligence plans.

The Textiles Covenant in the Netherlands, and the Sustainable Textiles Partnership in Germany, are illustrative. In the French legislative proposal, companies face potential civil liability and sanctions for failure to enforce their due diligence plan effectively.

In the UK, civil society is lobbying government to strengthen both the monitoring and enforcement of the reporting requirement under the Modern Slavery Act, a key aspect of which would be making more detailed reports a requirement.

Our evidence shows that where boards take leadership, there is generally less risk of abuse, and less reputation risk, to the company. Investors, talent, customers and the media are taking increasing note.

Many boards will also have to hold their nerve and resist advisors, including legal counsel, who urge those responsible for preparing statements to disclose the bare minimum. Companies will lose credibility and suffer reputational damage when they publish weak or empty statements. In particular, companies put themselves in a precarious position with the media if they report that no risks have been identified or simply avoid the issue in their statements.

Companies will lose credibility and suffer reputational damage when they publish weak or empty statements.

With more than 1,500 statements representing even more companies now public and on our interactive website for everyone to scrutinise, leading companies will gain a rich reputation reward, and laggards more reputation risk.

Civil society, investors and consumers are demanding concerted action. So are advocates inside companies who want to remove the threat of being tainted with this scourge. It is up to the board to ensure that their company is ahead of the curve. They can ill afford to be behind it.