Boards have so far focused on tackling gender diversity, but the next frontier is a better mix of social, ethnic and educational backgrounds. 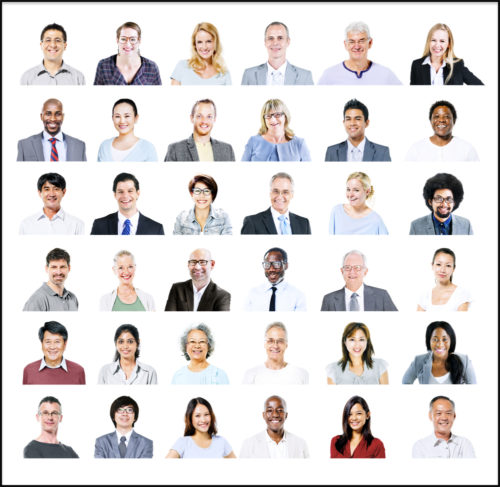 A modern company needs a modern board—one that mirrors its workforce and customer base. Most companies fall a long way short of this goal but their stakeholders, including investors, will increasingly expect to see a shift.

Progress towards greater gender diversity on boards is happening but change has been slow. The next frontier is to achieve a better mix of social, ethnic and educational backgrounds among board directors. Action to tackle these less visible areas of diversity lags much further behind.

Policymakers in many European countries have demonstrated their willingness to use voluntary and mandatory targets to increase female representation on boards. This intervention has been controversial, particularly quotas, but has arguably produced faster results. While targets are not expected to tackle wider issues of boardroom diversity, scrutiny is increasing.

Marianne Sandén Ljungberg is the CEO of Mazars’ operations in Sweden and leads Mazars Group’s thinking on diversity. She acknowledges the power of established, male-dominant board structures but sees their influence being eroded. “You see more frequently that females are being appointed to be CEOs. That creates the background for more people to assume senior positions at board level,” says Ljungberg.

As a minimum, companies will be expected to be more open about what they are doing to improve boardroom diversity and the obstacles that stand in the way.

As a minimum, companies will be expected to be more open about what they are doing to improve boardroom diversity and the obstacles that stand in the way.

“If investors look at the board and think there isn’t the right balance of people and skill sets then they will be nervous about whether the board will be resilient and succeed when they face challenges,” says Anthony Carey, a partner at Mazars, where he leads the board practice in the UK.

There is general acceptance that a diverse board can produce many business benefits. In meetings where there is a diverse mix of people, for example, directors tend to behave differently, talk differently and think differently.

“If diversity is working well you would hope that it would lead to an engaged board—good relationships that allow a high degree of challenge as well as a high degree of support,” says Carey. It is not necessarily as simple as whether a company hits a particular diversity target.

More importantly, does it have a clear idea about what it hopes to achieve by hitting a target? The quick remedy, for example, for the under-representation of women on boards, is through the appointment of more female non-executives. But if boards want to realise the full benefits of gender diversity there will need to be more emphasis on talent development at executive level in future.

Adopting the right approach should increase the pool of female candidates for executive board positions and their diversity. Carey says: “If a company is mainly recruiting female directors from the same social, educational and professional background as its male directors, then it may not be maximising the benefits of a diverse board.”

It may be helpful to think about diversity in more generic terms, such as skills, expertise, experience and personality. For example, if a board is largely made up of members who are quite individually oriented then there could be benefits from finding someone who has the right temperament to bring the team together.

Social networks still play a significant role in the selection of boardroom directors in many countries. In Sweden, for example, there is growing pressure from pension funds and large corporate owners for the reform of out-of-date ownership structures.

“There is pressure for board directors to be appointed on merit and not because they are part of an old boys’ network,” says Ljungberg. “There is absolute agreement about the need for change—modern companies need more women in governance positions. What people disagree on is how to achieve it.”

“There is pressure for board directors to be appointed on merit and not because they are part of an old boys’ network.”

The use of legal requirements for female representation on boards remain controversial. Norway has had a 40% quota since 2004 and was the first country to take this step. Supporters point to the rapid transformation of the recruitment process and success in tackling the influence of social networking. This urgency for change is currently lacking in countries where voluntary or no targets have been set.

As part of a recent Harvard Business Review article on gender quotas, one former male chief executive in Norway remarked: “In my opinion, what happened in Norway when affirmative action was introduced was that the entire recruitment process of boards was sharpened.

Opposition to quotas remains strong in many countries. Many women, for example, don’t want to feel that their position on the board was achieved on anything other than merit.

Creating more modern boardrooms may take time. In the meantime, companies need to be more open about the challenges they face. This could involve cultural change so that people from different backgrounds feel more welcome on the board.

“Companies must make sure they are addressing any subconscious biases that might exist in the recruitment and promotion process so they are giving their diverse workforce equal opportunities to properly develop,” says Carey.

There may also be problems finding people from different backgrounds, with the right skills, who want to join boards; companies are keen to increase their technology expertise in the boardroom but the IT industry has to improve its own diversity.

“It is important for companies to explain how they are addressing the challenges rather than just presenting success stories,” concludes Ljungberg. Most importantly, boards need to take a long hard look in the mirror. If they don’t reflect the changing face of the business and society, then their days are numbered.

The issue of quotas for female board members has been headline news in Sweden this year. In January, Sweden’s parliament rejected a government proposal for legislation allowing listed companies to be fined for failing to appoint women to at least 40% of board seats. Fines would have been between 250,000 and 5m krona (£23,000 and £460,000) depending on the market capitalisation.

Sweden has a voluntary goal for female representation as do Austria, Finland, the Netherlands, Spain, Sweden and the UK. The targets for these countries range from 25% to 40%. Norway was the first country to adopt a mandatory quota for women on boards (40%) in 2004, followed by Germany, France, Belgium, Iceland and Italy.

Sweden has a voluntary goal for female representation as do Austria, Finland, the Netherlands, Spain, Sweden and the UK.

Two outlying countries have resisted mandatory and voluntary targets: the US and Denmark. Female board representation at the S&P 500 has not increased significantly over the past decade and stands at 18.7%.

The boards of the largest Danish companies (OMX20) are 21.9% female, according to a recent Harvard Business Review article, “What Board Directors Really Think About Gender Quotas”. The article, published in November 2016, is based on interviews with over 60 male and female directors in the US and Europe who had served on a total of more than 300 publicly traded company boards.

Interviews in the US and Denmark revealed strong concerns that quotas lead to less qualified directors. However, there has been a growing recognition in the US that market forces are not fixing the problem. Female board directors were surprised that more progress had not been made, and the majority of women said that US companies should take a more proactive approach.