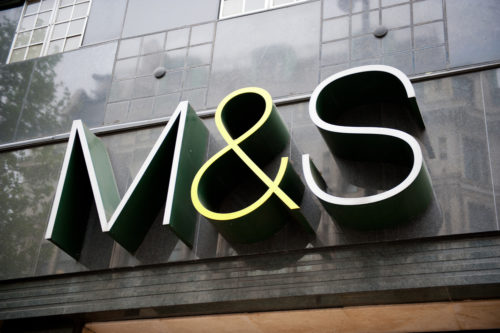 Retailer Marks & Spencer, along with mining giant BHP Billiton, have topped a new benchmark ranking companies on their performance against human rights.

Meanwhile, Costco Wholesale was at the bottom in agricultural and apparel, with Grupo Mexico coming last among extractives.

The new benchmark is the culmination of two years of research after consultation with companies, NGOs and government bodies, and ranks companies using 100 indicators based on data publicly available from company websites.

CHRB revealed that the top-performing companies against the benchmark include M&S, Nestlé, Unilever, Adidas and clothing store H&M. In the extractives industry the top performers are BHP Billiton, Rio Tinto and Total.

The worst performers in the agricultural and apparel sectors are MacDonald’s, Yum! Brands, Costco, Kohl’s and Macy’s. Bringing up the rear in extractives is China Petroleum, Oil & Natural Gas Corporation and Grupo Mexico.

Supported and led by 85 investors with $5.3trn in assets the benchmark scored the human rights performance of 98 companies.

A small number of the companies analysed scored between 55 and 69%. However, the exercise revealed that 63 out of the 98 scored below 50%.

A statement issued by the CHRB said: “Companies in the middle and lower bands of the benchmark should demonstrated their respect for human rights and seek to emulate the best practice of industry leaders. Companies that have yet to start implementing their human rights responsibilities have no time to lose, because any inaction runs a high reputation wish with investors, customers and prospective employees.”

Among the lead organisations behind the benchmark is Aviva Investors. Chief executive Mark Wilson, a long-time campaigner for environmental, social and governance issues, said the new benchmark would spark “a race to the top” among companies to perform better.

“Competition is a beautiful thing when it is used to do good,” said Wilson.“For the first time we have a public measure of companies’ human right performance, which will focus attention in the boardroom on their performance versus other companies and allow investors to ask the right questions.”

Vicky Dodman, chief executive of CHRB, said the first benchmark would set a baseline and that low-scoring companies should “act decisively” to improve. “In the future we want to see companies move up as they respond to increased public scrutiny and engagement from investors,” she said.

Backers of the benchmark want to see it used by investors in their analysis for investment decision-making. They also see the benchmark as paving the way for governments to use regulation and incentives to help make the business case for the respect of human rights.

The CHRB is housed at the Institute for Human Rights and Business, while lead supporters include Aviva Investors, APG Investment Management, Nordea Wealth Management, Calvert Research and Management and VDBO, the Dutch Association of Investors for Sustainable Development.

Not-for-profits include the Institute for Human Rights and Business, the EIRIS Foundation and the Business & Human Rights Resource Centre.