Women tend to be more pessimistic than men when assessing their own competence, so could this explain differences in choice of work, and therefore the gender pay gap? 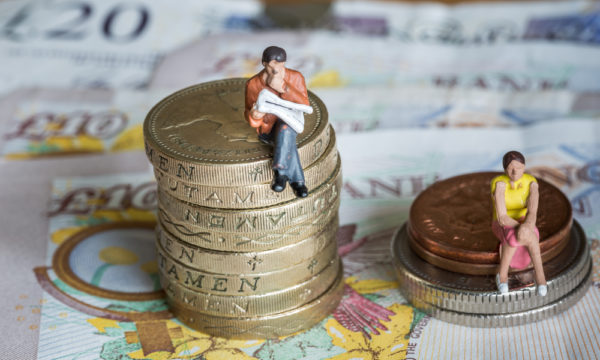 From April, large employers in the UK will have to publish annual data on their gender pay and bonuses gaps. While under the Equal Pay Act it is illegal to pay men and women differently for doing the same job, figures from the Office for National Statistics puts the gender pay gap for full-time employees in 2016 at 9.4% in the UK. The reasons for this substantial difference in earnings are often attributed to occupational segregation by gender, driven by differences in education, accumulated experience and discrimination.

But recent research has instead focused on underlying gender differences in preferences and psychological attributes which may affect the choice of work, and therefore help to explain the gender pay gap.

For instance, women may seek different career paths and value aspects of employment such as flexibility and a pleasant working environment instead of focusing directly on pay. On the whole, women tend also to be more risk-averse than men and have lower preferences for competitive situations, which can both lead to career choices with lower earnings than men.

A focus on optimism

So, psychology seems to provide a fruitful area for explaining the gender pay gap. The focus of my own research into this subject is a particularly pertinent psychological trait: that of optimism. By optimism, I specifically mean systematically biased beliefs in the probability of doing well.

Psychologists have documented our tendency to view ourselves in implausibly positive ways and our absurd belief that our future will be better than the evidence of the present can possibly justify. However, when it comes to assessing our competence, our ability and our future prosperity, men really do overestimate themselves, while women are typically more pessimistic. I found that this difference between men and women can really matter in matters of employment.

Optimism affects the satisfaction we get from our pay. While we know that women face a substantial wage penalty compared with men, they also tend to be more generally satisfied with their work and income. This is a counter-intuitive situation. We would expect those who get paid the most (men) to be the most satisfied. Here is where optimism, our biased perception of the future, comes into play. The satisfaction we gain from our wages is to some extent based upon our expectations. Receiving £10 when you are expecting £5 feels pleasing. But receiving £10 when you are expecting £20 feels disappointing.

If women are predisposed to underestimating themselves and their labour market prospects, as my study finds, they will continue, on the whole, to be satisfied with such pay inequality. This is a worrying state of affairs. We tend to search for new jobs when we feel that some aspect of our current occupation, such as pay, can be improved upon. But if we are satisfied, we stay in that job, we don’t negotiate and we don’t ask for that promotion.

Battle of the sexes

For men it’s the opposite story. They constantly overestimate themselves, widening their vulnerability to inevitable disappointment. Disappointed workers negotiate, they always ask for promotions and are happy to switch employers to improve upon aspects of their jobs which they feel can be bettered.

So optimism pays off in the labour market—it drives the pursuit of employment with better wages. Optimism may also be beneficial in other ways. Psychologists have often linked optimism with motivation and our ability to cope with stress. Believing in ourselves and in our abilities may also help us to convince others, especially our boss, that we are brilliant.

After all, to convince others of your competence, you really need to believe it yourself. If psychology is the problem—even in labour markets with no discrimination—women will continue to earn less, simply because they are too easily satisfied with lower pay.

It is difficult to know how laws and policy makers can solve this pessimistic female outlook, since personality traits tend to be established and fixed early on in pre-adult life. But perhaps one step in the right direction would be for employers to adjust their recruitment and promotion policies, by pulling up women with potential instead of waiting for them to come knocking.

Chris Dawson is a senior lecturer (associate professor) in Business Economics at the University of Bath.