Institute of Directors’ Oliver Parry says appointing a worker representative to the board of Sports Direct is not enough to resolve the company’s governance failings. 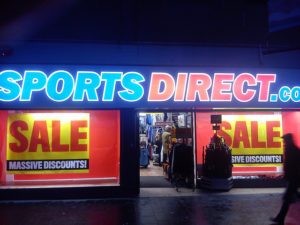 The Institute of Directors (IoD) has criticised efforts to reform corporate governance at Sports Direct, saying the appointment of a worker to the board will do little to improve the running of the company.

Writing in a letter published in The Guardian, Oliver Parry, head of governance at the IoD, said: “…let’s be clear: it will do little, if anything, to resolve the corporate governance problems at the company.”

Sports Direct announced this week that it would shortly appoint an employee representative to the board.

Parry writes that Sports Direct’s problems run much deeper and would need more significant changes before they were improved, and that an employee representative would find it difficult to check the powers of the chief executive and the largest shareholder, Mike Ashley.

“For real, long-lasting change for the good of all investors, customers and employees,” Parry writes, “a radical overhaul of Sports Direct’s governance is necessary.

“It is not just a case of launching an independent review into its corporate governance, as Ashley did in fact do last year. There needs to be more independent oversight of Ashley, who, because of his shareholding, effectively controls the company.

“This is not a simple question of appointing a worker to the board. At present the board has five independent directors, four of whom have been in situ for more than five years.”

Mike Ashley wrote to Sports Direct staff this week saying an applications process had been launched to find a worker representative to the board.

Ashley wrote: “I have always believed Sports Direct to be a business that was built by the great people who work here. I therefore believe it is important that your voice is heard at the highest level in order to continue to make a positive difference.

“I look forward with immense pride to sitting alongside the UK’s first elected Workers’ Representative at future board meetings of Sports Direct International plc.”