Annual report reveals bonuses have been withheld until the conclusion of an investigation into a $10.5m payment. 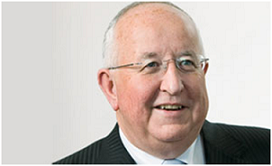 Bonuses due to the former chief executive of Rio Tinto are to be withheld, until investigations over a payment made to a consultant are concluded.

The company revealed in its annual report this week that both short and long-term incentive plan bonuses will be withheld from Sam Walsh until the end of 2020.

The report said the bonuses were “contingent” on the investigations producing no further information that “would justify the remuneration committee making a determination to cancel, defer or reduce these awards.”

Rio Tinto’s action relates to payments made to consultant François Polge de Combret for work connected to the Simandou iron-ore deposits in Guinea, according to the Financial Times.

The $10.5m payment was reported by Rio Tinto to authorities in the US, the UK and Australia in November last year.

The annual report said: “The board has determined that it would be inappropriate, while investigations are ongoing, to make any determination about Sam Walsh, our former chief executive, or about his outstanding remuneration.

“The company has therefore reached an agreement with Sam to defer the payment of his 2016 STIP award and all remaining unvested LTIP awards (including BDP and PSP awards) for a minimum of two years. Further details of these arrangements are described in the Implementation Report.”