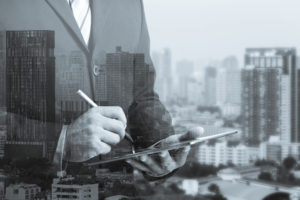 The UK’s governance watchdog has confirmed its request for new powers over company directors, and recommended an extended role for remuneration committees as part of its response to the government’s consultation on corporate governance.

The Financial Reporting Council (FRC) wants government to give it powers to “prosecute all directors for financial reporting breaches and associated issues of integrity”. Currently, the FRC has powers only over accountants and actuaries.

The regulator also suggests companies begin reporting how they have “discharged” their wider duty to stakeholders as part of the strategic reports companies have had to produce since 2013.

In addition, the FRC recommends that remuneration committee responsibility is extended to supervise pay policies over all employees. In its response to the government’s green paper on corporate governance, it said: “The role and remit of the remuneration committee should be extended to cover pay policies throughout the organisation. Remuneration policy and payments should have a much clearer link to delivery of strategy, focusing strategy and outcomes which deliver long-term company performance.”

The FRC also seeks further responsibilities in relation to the reporting that companies undertake on their corporate governance duties. The regulator wants governance to be brought within the “ambit” of its monitoring powers.

“The Companies Act places a duty on directors of all companies to promote the success of the company, and in so doing have regard to a range of other factors, such as long-term consequences, the environment, employees, suppliers and customers,” said the FRC.

“This duty must be reinvigorated. Companies should be required to report more effectively on how they have discharged it.”

The FRC response also sees the regulator pinpoint the elements of UK governance that it believes should be left alone, including the “comply or explain” principle and the unitary board. It also praised “investor stewardship” but said it has to be “complemented” by a stakeholder voice to make it “more effective”.