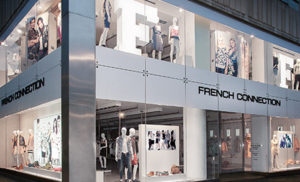 French Connection, the high-street fashion chain, has launched a search for two new non-executive directors, according to The Telegraph, following complaints from investors.

The move comes within a week of news emerging that Gatemore, OTK Holding and Zoar Invest had demanded changes from French Connection because of its disappointing performance. The three investors own 15% of the fashion brand between them.

The Telegraph reported that the new non-executives will replace Dean Murray and Claire Kent.

Murray has been with French Connection since 2008, is an accountant and is former chief executive of Myriad Childrenswear. He currently serves as chairman of furniture designer Neville Johnson.

Claire Kent has also served on the board since 2008, and is a former luxury goods analyst with Morgan Stanley. As a consultant she advises companies on their IPOs.

Both Murray and Kent are approaching their limits for board membership under UK corporate governance rules.