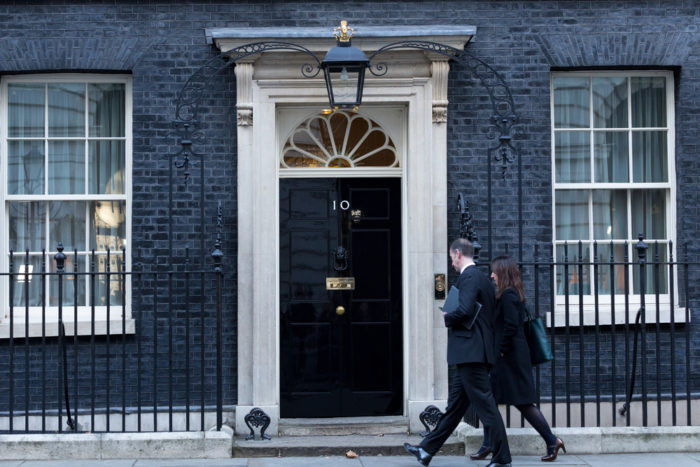 In a rare act of unity, leaders from unions and the business world have joined together in urging the UK prime minister to beef up corporate governance.

A letter signed by the Trades Union Congress (TUC); the International Corporate Governance Network (ICGN); ICSA, the institute for company secretaries; and the Institute for Directors; has been sent to prime minister Theresa May calling for better enforcement of corporate law.

The four organisations urge the government to fill a “gap” in UK corporate governance by creating a new mechanism allowing complaints to be made to a regulator about companies that fail to comply with section 172 of the Companies Act.

The letter says there is “no effective mechanism for policing this law”, which says that company directors should promote the success of the company for the benefit of shareholders, but in the process “have regard” for the interests of workers, consumers and other stakeholders.

The letter has been coordinated by David Pitt-Watson, a former board member at Hermes Fund Managers but now a faculty member at London Business School.

The letter says other sectors have regulators which receive complaints from aggrieved parties. It adds a belief that better policing of companies is needed but “particularly so for large private ones”—a nod to scandals like the one that hit BHS. 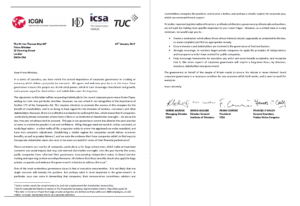 The letter from the TUC, ICGN, ICSA and the IoD, addressed to Theresa May.

“Establishing a similar regime for companies would deliver economic benefits, as well as greater fairness, and we note the evidence that those companies which do find ways to incorporate stakeholder views also tend to be more successful in terms of their financial performance,” the letter said.

The letter also highlights concerns with executive pay, and called on the prime minister to recognise there is a problem and use her “own voice in demanding that companies, their remuneration committees, advisors and shareholders, recognise the problem, and resolve a better, and perhaps a simpler regime for corporate pay, which can command broad support.”

The letter concludes with a series of bullet points for action:

Yesterday (Tuesday) saw MPs on the House of Commons business committee stage their second hearing on the reform of governance.

Ken Olisa, deputy chair of the Institute of Directors, said that shareholder engagement in the UK is extremely poor, according to the committee’s official Twitter account. He was also reported saying that diversity is lost in middle management.

Sir Philip Hampton, author of numerous reports on diversity, reiterated his view that women are still under-represented on executive committees.

Meanwhile, the issue of executive pay was also discussed, with PwC partner Tom Gosling saying that “unjustified pay differentials are corrosive to corporate social fabric”. He added, however, there was no “one-size fits all” approach to pay differentials.

This story was amended on 26 January.